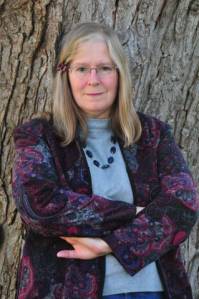 Award-winning science fiction and fantasy author, Lois McMaster Bujold, is visiting Annie’s Book Stop of Worcester on Wednesday, November 7, from 7PM-9PM to celebrate the release of her latest edition to the popular Vorkosigan cycle of books, Captain Vorpatril’s Alliance.

Lois kindly let us interview her before the event so you can get to know her and her amazing work even better!

Thank you very much for coming to Annie’s Book Stop of Worcester and letting us interview you!  We’re very excited for the event.

Annie’s Book Stop of Worcester:  While we have a lot of patrons who are fans of science fiction and your work, could you give us a brief description of your Miles Vorkosigan cycle and Captain Vorpatril’s Alliance for visitors who may not be that familiar with your work?

Ahem.  That said, new readers should not be afraid to jump in, as this is a series in the no-fault, “stand-alone stories, each with a real beginning, middle, and end” style, and not the “one narrative cut into non-wrist-breaking chunks” style.  (The latter would be my fantasy series The Sharing Knife, which, and this is an important clue, sports actual volume numbers for your convenience.)

The Vorkosigan series, which currently covers a generational span with some outliers, centers around one family from the human-settled world of Barrayar, in a space-faring universe about a thousand years in our future.  Barrayar had been a lost colony, rediscovered less than a century prior to the main narratives, and has been playing wrenching catch-up ever since with the rest of the wormhole nexus of human-settled worlds, its hard-won progress disrupted by invasion and civil war.  (In a backhanded way, the world thus becomes a metaphor for the 20th Century.)  This broad future history gives me a chance to do every genre possible – action-adventure, coming-of-age, mystery, romance, comedy, tragedy, military SF, engineering-adventure, coming-of-older-age (because growing up seems to be a continuous-flow-process), and of course science fiction, the examination of the impact on people’s lives of technological and hence societal change.  My main areas of speculative interest are biology, genetics, and medicine, which, of course, underlie everything human—and post-human.

Miles Vorkosigan, who actually didn’t arrive until the second book I wrote—The Warrior’s Apprentice (1986)—rather took over the series by sheer force of will.  The birth-damaged scion of a family high in Barrayar’s military caste, he has a lot to overcome—and many, many learning experiences, as he gets out to explore the Nexus at large as a sometime-spy, military leader, and, later, high-powered investigator.

A handy reading-order guide for those daunted (don’t be!) by the series’ bulk is posted here:  http://www.goodreads.com/story/show/293438-the-vorkosigan-saga-reading-order-debate-the-chef-recommends

Captain Vorpatril’s Alliance circles back to explore the trials and tribulations of a long-running favorite secondary character in the series, Lord Ivan Vorpatril, Miles’s handsome and feckless cousin.  The mode of the book is romantic comedy and caper -novel.  (Because I never pass up the chance to pack another genre into my series.)  It should be quite readable as a stand-alone, as the new characters allow the new reader to be introduced to the background right along with them.

I faced something of the same problem—making the same text serve two different sets of readers equally well—with my prior series book, CryoBurn.  The reviews fell into two camps—from the old readers, who were sure the new reader must go read umpty-ump other books first, and the new readers, who liked the story just fine as it stood.  Go figure.  I trust those new readers will enjoy it just as much the second time around, when they’ve read the umpty-ump backlist and it turns into a brand-new book before their eyes.  Two reads for the price of one, what’s not to like?

ABSW:  And for those who are existing fans, what are some special surprises and discoveries we can expect from Captain Vorpatril’s Alliance?

The jacket-flap copy pretty much covers the set-up, I think.  The line “Ivan is no more able to turn aside from aiding a damsel in distress than he could resist trying to rescue a kitten from a tree,” ought to fetch anyone who’s read Cetaganda.  (In-joke—sorry, new readers.)  I will say, some of the folks who tried the advance promotional copy this past summer report reading it four or five times already, so I think it must be working for them.

ABSW:  You’ve been sharing your Vorkosigan stories and worlds for a long time.  What are your favorite parts that keep inspiring you to continue?  What are some of the specific challenges you face in maintaining this level of worldbuilding and storytelling?

LMB:  Well, running out of money was always a spur…

That said, I think I had the most fun writing my most ornery books, taking what someone said about how such-and-such “couldn’t be done” in an SF novel and saying, “Oh, yeah?  Let’s just see about that…”  Advance in the direction no one else is going.  Explode world-views, not just spaceships, I say.

In general, I use ideas to explore characters, not characters to explore ideas, but any story will be better by including the best I can manage of both.

My technical challenges have varied over time—the narrative elements I had to master in Book One being old hat by Book Six, and so on.  Remembering it all is always a challenge, except that anything that is in print and published, I can look up, and anything that isn’t, I can adjust to current story needs.  My greatest challenge at the moment is in not repeating myself—much easier when facing Book One than when facing Book Twenty-five, it turns out.  I also find myself (naturally) increasingly interested in older characters, when the weight of the market has always swung to younger ones.  I may have to get ornery about that.

ABSW:  How much do you get to utilize your background in science as a writer?  What is it like to approach science from the creative perspective?

LMB:  My background in biology, but more importantly, my decade of working in patient care in a major university hospital, certainly shapes which science ideas I find most compelling—or questionable.  It’s part of the job of both science and SF to ask questions, after all.  I’ve been a science fan all my life, although never a working scientist.

I want to answer the second part of your question “Fun!” but really my first reaction is, “Compared to what other approach?”  I approach science as I always have, since I started reading SF at age nine.  (Though I’m glad I don’t have to supply the rigor myself.)  I am very aware that among my audience are experts in just about everything imaginable, so on the page I do take some care to be either right, or strategically vague.  The latter ploy has served very well in not letting my work be outdated too quickly.

Picking which details to be right about, and which to be vague about, is part of the art, I suppose.

ABSW:  Your work encompasses a broad range in both science fiction and fantasy. How do you organize your time and focus to get so much done and keep the various worlds and stories organized?

LMB:  I don’t feel either organized or focused.  Obsessed, occasionally, perhaps.  When my family was young and my time and attention much more cut-up, I did what I could, where I was, and gave up hobbies, television, and the like.

I’m not sure what my current excuse is, but I am suddenly having a vision of the Internet as an importunate two-year-old who tugs on your sleeve 24/7 without ever taking naps.  Have to think about that one.

Other than that, three-ring binders and lots of penciled notes to myself.  (To myself, because no one else could read my handwriting.)

ABSW:  In your long career of writing, what is the greatest lesson you’ve learned and would like to share with readers and other writers?

LMB:  I almost said, “Don’t sweat the small stuff,” but really, a great deal of my time is taken by sweating quite a lot of small stuff—every last comma, semicolon, and word choice.  Quality matters to me, and no one else will ever care as much about the quality of my work as I do.

As the youngest in my family, “Trust myself” was a hard one to get around, as it must be balanced with staying open to correction.  There’s also airplane wisdom—“Make sure your own oxygen mask is adjusted properly before turning to assist others.”  I could have stood to learn that one earlier in life.

My Theory of Humans remains a work in progress, but I suppose I should never pass up a chance to plug the work of primatologist Frans de Waal, the only philosopher I know of who starts with control data.  Go read his books.

The best thing I’ve learned about writing is that even one’s mistakes get reclassified as raw material, making it a very redemptive profession.

ABSW:  Once again, thank you very much for coming to Annie’s Book Stop of Worcester and taking the time to help us introduce you to our fans and patrons!