Diane Vanaskie Mulligan, local author of the novel Watch me Disappear, will be featured by the Worcester Storytellers at 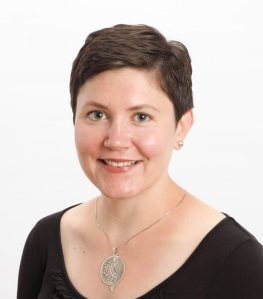 Thank you very much, Diane, for taking some time to give us a preview of what to expect at your reading at Annie’s Book Stop of Worcester.

Congratulations on publishing your book!  For those not yet familiar with Watch Me Disappear, what can they expect from the story?

Watch Me Disappear is about Lizzie Richards, a high school senior who has to start over at a new school when he dad changes jobs. Lizzie isn’t excited about this prospect at all, but she’s trying to take her mother’s advice and make the most of it—the only way she can:  By disobeying her strict parents’ rules. Lizzie’s father has moved the family around every few years to advance his career, so she has never had a chance to develop the kind of “BFF” relationships she thinks most kids have. She’s bracing herself for another lonely year at her third high school when her neighbor Maura gets sick of watching her little brother when she could be partying. Thanks to Maura’s plotting, Lizzie becomes everyone’s new favorite babysitter. Seeing her opportunity, Lizzie decides to break her mother’s rules by using Maura’s computer to create a secret email address and Facebook account. She is quickly friended by Missy, a fellow transfer student as eager for a friend as she is. Things are looking up for Lizzie until Maura’s ex-boyfriend Paul sets his eye on Missy. Caught between her new best friend and the neighbor whose friendship promises instant popularity, Lizzie doesn’t know what to do—because she’s fallen for Paul, too.

Watch Me Disappear was also an Amazon Breakthrough Novel Quarterfinalist in 2011 – so, congratulations on that, too.  What was your experience as part of that contest?

The contest was a lot of fun because it was the first time a large number of readers were able to read a sample of the novel. At that point, I’d been working on it for five years, but only a few of my very close friends had read it. My students were wonderfully supportive. Many of them read the sample and talked to me about it. Because I published it independently, I haven’t had any media reviews; the closest I’ve come to that were the contest reviews, which really helped me hone the final draft.

I got involved with Worcester Storytellers through my friend, Kristina England, who is a fellow board member at the Worcester County Poetry Association. Kristina just relaunched this series, which is very exciting, because while poets have many venues in Worcester, there is no other regular reading series for fiction (at least to my knowledge!).

Working at The Worcester Review has given me a lot of insight into why certain poems and stories make it into print and what editors look for, in a general sense, when reading hundreds of unsolicited manuscripts. While I always knew rejection wasn’t personal, getting rejection letters (or more often, emails) always stung, but now I really understand how complicated those decisions are. They really, truly, are not personal. I don’t choose the poems for The Review. As managing editor, I send submissions on to our readers who make their choices and then I send the good or bad news. Some editors send feedback with poems. One particularly helpful comment was that a certain poem had great raw material but needed a good workshop. We shouldn’t be reading first drafts. That’s a sentiment I’d like to pass on to anyone who is submitting to literary magazines. Find great readers to help you shape your craft before putting it in the hands of editors. I’ve definitely been guilty of sending out work that had only ever fallen under my gaze before, but not anymore!

How would you describe your writing process?  What is your favorite part – and what do you find the hardest?

I work best when I have a routine, although that isn’t always easy to create, so I tend to write in spurts. I will have months of fantastic productivity, and then my routines will get shaken, and I’ll have months where I hardly accomplish anything. Right now, I’m writing most mornings, with the goal of 1,000 words a day, to complete a third draft of my next novel. My favorite part is the discovery of characters and situations that sing to me, that get me fired up and eager to write. The hardest part, hands down, is revision. It’s slow, hard, and makes my head spin. But it’s the most important part, too.

The best piece of advice I’ve ever gotten was a rewrite of the old adage, “Write what you know.” Instead of following that advice, Grace Paley suggested that it might be better to write what you don’t know about what you know. That advice has given me my first novel, and drafts of two more. My advice to newer authors would be much the same, with one addition: Don’t worry about “the market” or what’s hot. Write what you love. That’s the only way to move forward.

Where else can we find your writing?  How can people find out more about you?

Readers can visit my blog and stay in touch on Facebook and Twitter! I admit that I’m not the most proficient Twitter-user, but I have a slight Facebook addiction (to the detriment of my writing time).

Once again, thank you very much for the interview, and we look forward to hosting you at Annie’s Book Stop of Worcester!