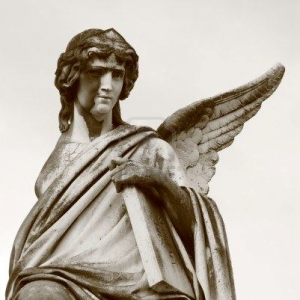 This Friday, continuing our “April is the Cruelest Month” celebration, Annie’s Book Stop of Worcester invites four poets of horror to read on Friday, April 19th from 7:00PM – 9:00PM.

Dave Macpherson
… is a writer and spoken word performer who has been in the Worcester Poetry scene for over a decade. He is a co-winner of the Jacob Knight Award for Poetry, a member of 2 National Slam Teams, and has had nearly a hundred stories and poems published. He is funny, energetic and has been keeping cornfields crow free since 1999.

Victor Infante… is a poet, editor and journalist living in Worcester. He is the editor of the online literary journal, Radius: Poetry From the Center to the Edge, and the author of City of Insomnia, a poetry collection from Write Bloody Publishing. His poems and stories have been published in numerous periodicals, including The Collagist, Pearl, Chiron Review, Word Riot and The Nervous Breakdown, and anthologies such as Poetry Slam: The Competitive Art of Performance Poetry, Spoken Word Revolution Redux and Aim For the Head: An Anthology of Zombie Poetry. He is a co-editor for the recent Best Indie Lit New England anthology. There are rumors linking him to a shadowy sect of Discordian nuclear physicists, Manichean philosophers and clowns, but really, what are the odds that’s true?

Kurt Newton…sold his first story, “The Promise of the Sea,” in 1993. Since then he’s had over 300 poems and 200 short stories published in a wide variety of magazines, anthologies and webzines in the U.S., Canada, England and Australia. To date, he has received sixteen honorable mentions from the editors of The Year’s Best Fantasy and Horror, and has been nominated for the Rhysling Award four times for his poetry.

Trisha J. Wooldridge… of Auburn, MA is the current president of Broad Universe (www.broaduniverse.org), as well as a member of New England Horror Writers, the Horror Writers Association, and the Worcester Writers Collaborative. She co-produced the Spencer Hill Press anthologies, UnCONventional (January 2012) and Doorways to Extra Time (August 2013). Her writing can be found in the EPIC award-winning Bad-Ass Faeries anthologies; Journal of New England Horror Writer’s Epitaphs anthology; Corrupts Absolutely? from Damnation Press; Once Upon an Apocalypse from Chaosium; and Poetry Locksmith. Her first novel, The Kelpie (as T. J. Wooldridge), will be available December 2013 from Spencer Hill Press. http://www.anovelfriend.com

Join us for an evening of the scary and beautiful, the musical and horrific, the strange and poetic!