Here are some of the titles that have hit our shelves recently! We have Children of the Jacaranda Tree, by Sahar Delijani; The Ocean at the End of the Lane by Neil Gaiman; and Time Flies, by Claire Cook. 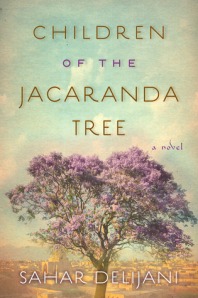 One young girl is born in prison and torn from her mother after just a few months, a young boy watches from the breakfast table as his parents are arrested for their political activism, and a third child learns that the void between she and her mother was caused not only by her father’s death, but also by the anguish of murder.  Sahar Delijani’s debut novel is set in post-revolutionary Iran, in the years between 1983 and 2011. The story follows characters from all walks of life, some related by flesh and blood, and others brought together by shared history that crashes through their lives. Children of the Jacaranda Tree follows three generations chasing dreams inspired by love and set aflame by idealism. The novel reveals the intimate side of a country steeped in revolution and weighted down by history. 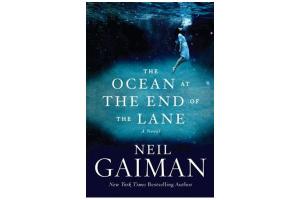 Fantasist / fabulist Neil Gaiman’s newest novel The Ocean at the End of the Lane deals with the memories of a lonely man, now middle-aged, who had a childhood encounter with the Hempstocks, a family of females who are actually immortals.  This ethereal novel is Gaiman’s first adult outing in eight years, but bears his trademark stamp of wonder and horror. 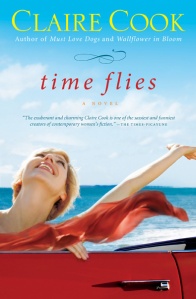 It was years ago that Melanie followed her husband and uprooted their family to a beach town in New England. Now she’s a successful metal sculptor…which leaves  her with just the right tools to cut apart her marriage bed when her husband leaves her for another woman. Now her only hope at a bright future lies where most fear to tread – her high school reunion. With a nudge from her best friend to buy a ticket, and a curiosity sparked when an old flame asks if she’ll be at the reunion, Melanie may be able to conquer her worst fears (including her fear of highway driving) so she can start living in her future. Join Melanie and B.J. on their hysterical road trip in Time Flies by Claire Cook.

The leaves are starting to turn on the trees now that summer is over… come join us in turning “leaves” and book pages at 65 James Street!

—Patty and the staff at ABSW