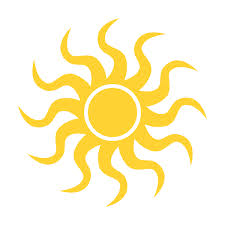 Happy Cinco de Mayo! Do you know what we’re celebrating? It’s more than just an excuse to drink tequila and eat Mexican food. The Fifth of May is not, as many might think, Mexican Independence Day—that’s September 16. On May 5, 1862, in the Mexican state of Pueba, the Mexican army won an unexpected victory over invading French troops. It wasn’t a major battle, in regards to the invasion.  However, it’s been embraced because it was such a boost to morale to the Mexican troops when they were already suffering bankruptcy and other problems due to the Mexican-American War of 1846-48, the Mexican Civil War, and the Reform Wars.

Also, Happy Mother’s Day to all our moms this weekend!

And speaking of Mother’s Day, we wanted to let you know about two Mom-friendly events we’ve got going on this weekend:

MYSTERY, HISTORY AND ROMANCE FOR MOMS

Authors Penny Goetjen, Audrey Nicholson, and Judith Arnold join us for an intimate panel about their work.

Penny Goetjen’s love of Maine inspired her mystery novel, The Precipice, which is set in an old New England inn involving a missing teenager and another unsolved disappearance that happened years ago.

Audrey Nicholson is a Worcester author whose novel Celtic Knots looks into an Irish family’s struggle with politics and religion in the face of family loyalty and indomitable love and spirit, set between two world wars.

Judith Arnold is an award-winning and best-selling author of over ninety titles in romance and mystery. Her newest book, Dead Ball, released this February from Belle Bridge, is the first in her brand new Lainie Lovett: Still Kicking series.

Award-winning science fiction and fantasy author Elizabeth Bear will be speaking and signing as part of her tour celebrating Steles of the Sky, the conclusion to her epic fantasy Eternal Sky trilogy.

In addition to being one of only five people to have won multiple Hugo awards after also winning a Campbell Award, Bear also has been awarded a Sturgeon award, a Locus award, and an Asimov’s Reader’s Choice award–along with being named and nominated for many others. She’s also taught at several renowned writing courses, such as Clarion, Clarion West, Odyssey, and is a regular instructor at Viable Paradise.

If you’re looking for a special event to bring your mother to this weekend to show her how awesome she is, consider stopping by Annie’s Book Stop of Worcester at 65 James Street.

We’ve got many more events in the pipeline, like the return of SPINNING YARNS twice weekly starting on May 14th, WORCESTER STORYTELLERS on the fourth Friday of each month, and author visits from now until the end of 2014.

Stay tuned, and may your world be filled with wonderful words!

—Patty Cryan & the Staff at ABSW