[This week’s edition of “Bookstore Mapping Sunday” was written by staffer Selina Lovett.] 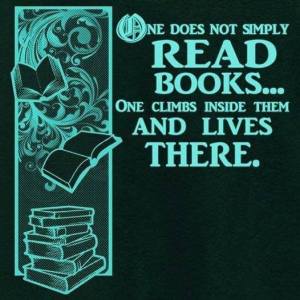 When you look around Annie’s for gifts for the holidays, why not consider gifts for the movie go-ers in your family, or your friends who are avid movie fans? I’m not talking about giving them DVDs that they might already have. No, I’m actually thinking about giving them something they can take a longer time to get through, and get a lot more detail from: the BOOKS that the movies were written about.

Although some books are written from the screenplays of movies, many of the books that were made into movies were written well before movies were even popular. In our Children’s section, we have examples of several classics that fit that bill:

In the Literature section, we have a blend of the old and the new:
• Chocolat by Jeanne Harris
• Girl, Interrupted by Susanna Kaysen
• Many Shakespeare Plays (talk about old!)
• Cyrano de Bergerac by Edmond Rostand
• The Poseidon Adventure by Paul Gallico
• Shogun by James Clavell
• Flowers for Algernon by Daniel Keyes
• The Graduate by Charles Webb
• The War of the Worlds by H.G. Wells
• Cat on a Hot Tin Roof by Tennessee Williams
• The Joy Luck Club by Amy Tan

Of course, for the Young Adults in your lives (and the Adults with good taste), you will find some great books that have had movies made from them , including many of the Harry Potter books such as Harry Potter and the.. Sorcerer’s Stone, Chamber of Secrets, Prisoner of Azkaban and the Half-Blood Prince.

I, for one, loved reading the books before seeing the movies. Other fun YA books include:
• Twilight, New Moon, Eclipse and Breaking Dawn by Stephanie Meyer
• The Book Thief by Marcus Zusak
• The Lightning Thief by Rick Riordan

Science Fiction and Fantasy have always been popular with the teen/college crowd, as well as anyone who enjoys postulating about the future and beyond…. We have some books in this genre that have become very popular movies, such as:
• The Hobbit by J.R.R. Tolkien
• The Lord of the Rings Trilogy by J.R.R. Tolkien
o The Two Towers
o The Return of the King

Many movies in this genre were films first, then they were written as books. We have many of these types of offerings such as:
• Spiderman 2
• Independence Day
• Aliens vs. Predator
• Batman
• X-Men 2
• E.T.
• Indiana Jones
• Superman
• Close Encounters of the Third Kind
• Star Wars (an entire series of books)

We can’t neglect the Science Fiction and Fantasy TV shows, either. You will find single books for some of the TV series on our shelves, namely:
• Stargate
• Lost in Space
• Battlestar Galactica
• Space 1999
• Babylon 5
• Buffy the Vampire Slayer

We also have many books in the following popular TV series:
• Star Trek
• Quantum Leap

One other major TV series has come out of a book written by a contemporary author in our Science Fiction section:
• Game of Thrones by George R.R. Martin

How about a Historical Novel, such as:
• Clan of the Cave Bear by Jean M. Auel

Some Courtroom Dramas can be very compelling, especially after seeing the movie. You can watch for the details you missed:
• The Lincoln Lawyer by Michael Connelly
• The Firm by John Grisham

Mystery fans might like some of the books based on TV series that are dying to be taken off the shelves:
• Murder, She Wrote (series of books) by Jessica Fletcher and Donald Bain
• Monk by Lee Goldberg

Even some of our Non-Fiction books have sparked enough attention to have been selected as movie topics:
• Jarhead by Anthony Swofford
• The Last Emperor by Arnold C. Brackman
• Under the Tuscan Sun by Francis Mayes
• Julie & Julia by Julie Powell

Hopefully, this has given you some idea as to the many books we have related to movies/television shows on our shelves at Annie’s Book Stop of Worcester. Remember, though, If you don’t see the book you are looking for, we can probably order it for you!