We now have something in the store that has been missing from the shelves of grocery stores for many years- Bonomo’s Turkish Taffy! Some of you younger folks might say, “What is that? An exotic taffy from Turkey?”

It’s actually a delicious, vanilla, light, low calorie (160 per bar), low fat (0.5g) sweet treat that was invented in 1912 by a man named Herman Herer in New York. He owned his own candy company, and was making some marshmallow candy for M. Schwartz & Sons, in Newark New Jersey when he made a mistake and put too many egg whites in the batch. He then realized that he may be on to something, and Turkish Taffy was born.

The company changed hands after a long time, and then The Tootsie Roll company bought the rights to Bonomo’s Turkish Taffy in 1972. They changed the formula, and the name, and made Turkish Taffy much chewier, and then shelved the product in the mid 1980’s, so the product had not been seen on shelves since then. 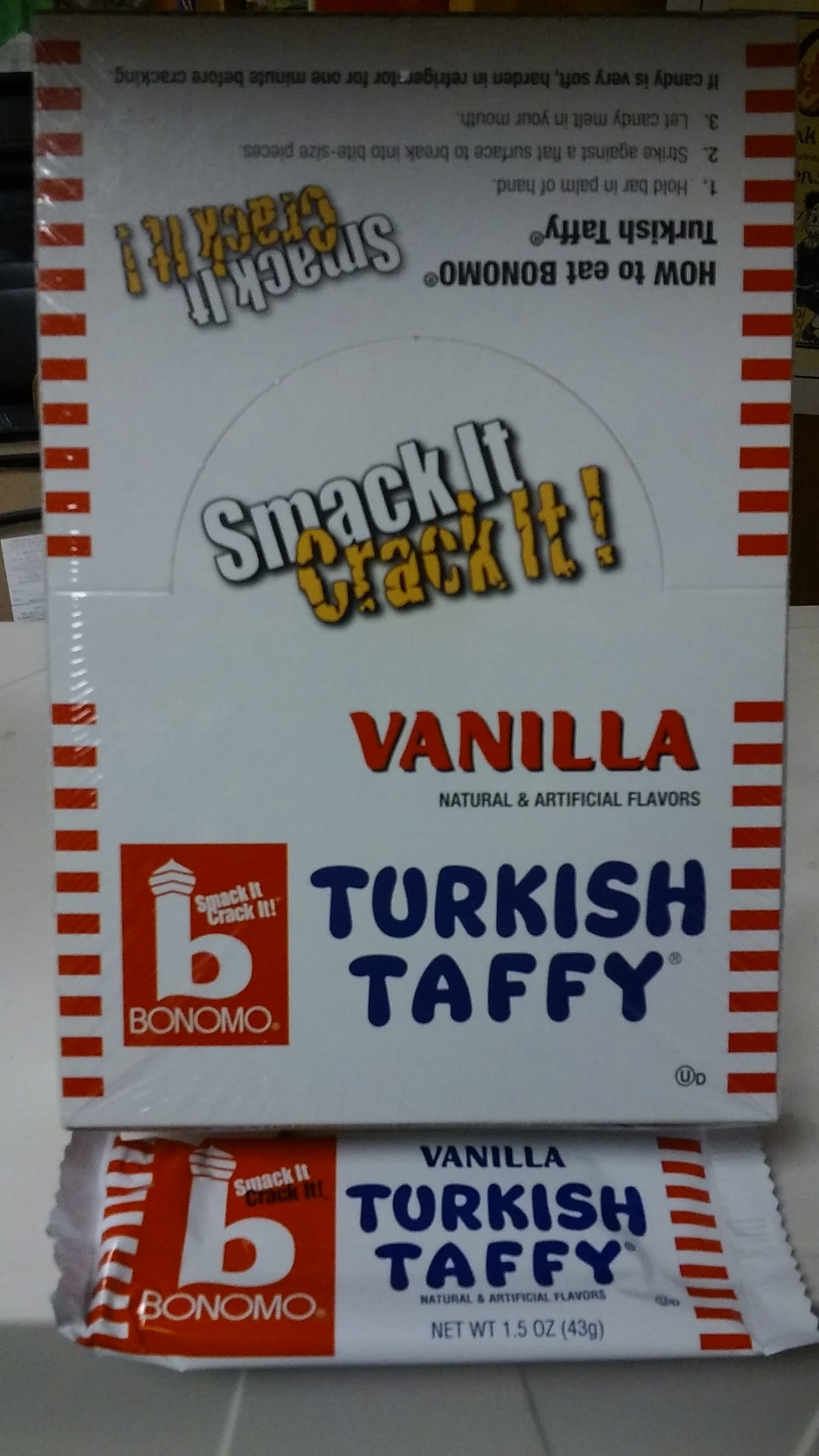 The passion and demand for the real Turkish Taffy never waned. Fans banded together over the Internet to petition its return. Then, in 2002, Kenny Wiesen of New York, and Jerry Sweeney of Philadelphia acquired the rights to Bonomo’s Turkish Taffy, and took years to perfect it to make sure that the original formula, packaging, etc. were in place. They launched it in 2010, at the largest and most prestigious candy show in the world, The NCA (National Confectionery Association) Sweets and Snack show held in Chicago. It is now made in York, PA, exactly as it was between the 1940’s and 1972.

We have the Vanilla flavor taffy, but they also come in Chocolate, Banana and Strawberry. There are also other wonderful candies available from the Pennsylvania Dutch Candy Company for special order if there is enough interest.

Annie’s price on the Turkish Taffy is $1.00 per bar, $20.00 for a box of 24 bars, and WE WILL DO MAIL ORDER ON THESE.  Last day to ship for Christmas delivery would be Dec. 17th.  Please inquire for shipping costs.