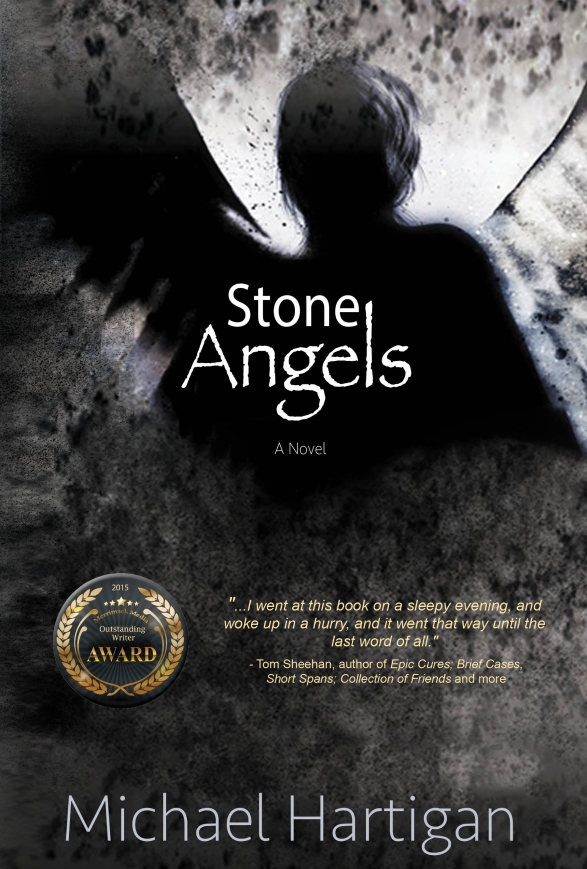 Annie’s Book Stop of Worcester is happy to shine our spotlight on Michael Hartigan, award-winning author of the novel Stone Angels, a thriller following road trip of a young man looking to escape the tragedy he caused in college. Michael will be at our 65 James Street bookstore on Sunday, February 12, from 3:00 – 5:00 PM, talking about his book, reading, and signing.

Thank you so much for joining us for this interview, Michael! Can you please tell us briefly a little about yourself and your writing? How would you like us to introduce you?

I am an award-winning Massachusetts writer who enjoys exploring and writing about unique people, places and traditions around the world. My debut novel, Stone Angels, was awarded the 2015 Outstanding Writer Award and published last fall. This gritty, fast-paced thriller drops readers into the mind of a young man at war with a guilty conscience, and his road to confession. I am also an accomplished travel writer and journalist featured in numerous national and regional publications.

For readers unfamiliar with your work, how would you describe what you write?  What can readers expect from Stone Angels?

I want to read a good story with strong characters, so that’s what I try to write. My writing is descriptive and puts the reader in the scene. I aim to fully develop my characters, give them some depth and sharp edges, so they can be equally likeable or detestable as needed. I want my reader to relate to the story in some way, have it tug at some emotion at some level. With my debut novel, Stone Angels, the reader is dropped into the mind of the main character, Augustine, who is dealing with an extremely guilty conscience. Maybe (hopefully!) the average reader’s actions haven’t led to death or destroyed reputations, but most everyone can relate on some level with the inner turmoil. Ultimately Augustine has to decide whether or not to confess everything, and at the same time the reader is left to decide whether or not Augustine does the right thing. In that way, I want the book to stay with you after you close that back cover.

What was the inspiration for Stone Angels? What were the steps you took to bring it from initial inspiration to the finished book?

Stone Angels has been evolving for a while. The book started more than 10 years ago, when I was still at Providence College in Rhode Island. College is a time when everyone is trying to figure out who they are or who they want to be, and that makes for some interesting interactions, settings and themes. I was a double major in English and Psychology and fiction writing became a way to tie in my English interests with my Psychology interests. I began writing down fictional stories and little vignettes about college and typical situations, but taken to the extreme. Eventually I realized I was writing about the same characters. The stories sort of wove together naturally into one narrative. I’ve spent a lot of time with this book, which is why I think readers have found Stone Angels to be very intimate and personal, even though it’s fiction. There is a lot of action to move the story along, but you really get to know the characters and their motivations.

What was the biggest challenge in writing and putting out Stone Angels?  How did you overcome that challenge?

In the early stages, I gave Stone Angels to various people to edit or provide feedback and I was always surprised to hear them ask if the main character was supposed to be me. I had to laugh, and quickly say no, given some of the things he does! Some characters reflect bits of personalities of people I know, and some of the scenes are exaggerated versions of things I may have experienced, but it’s purely fictional. The biggest challenge was actually navigating the publishing world without any prior experience. I am very fortunate to have taken the chance to submit to the Outstanding Writer Award contest and very grateful to have won. The publishing world is not easy to break into and this is my opportunity to get a foot in the door, and kick it wide open.

When I was awarded the 2015 Outstanding Writer Award, I asked the President of Merrimack Media why they chose Stone Angels. She said because it was unique, unlike anything they’d ever read before. They couldn’t pin it down or think of another book it compared to – in a good way. I attribute this to the story’s intimacy and I think that is why it resonates with many types of readers. The reader gets right into the head of the main character and gets to poke around a little, glimpse behind the walls he erects to hide things from other people, including his friends. One reviewer said I, “blast my characters apart” and then reassemble them. The book is all about the characters, their relationships and how they intertwine, build up and fall apart. But at the same time, the book is fast-paced and keeps the action moving forward and the reader engaged. It could be considered literary fiction, or suspense/thriller, but I like to call the book a road trip redemption story. 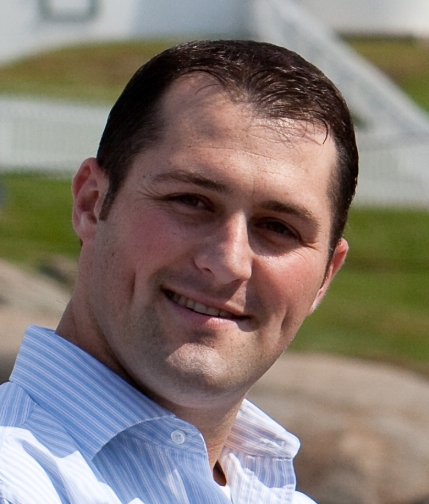 Writing is the most important thing, but not the only thing. It takes leg-work and some persistence to get your book out there and read by people.

Stone Angels is very much a New England book. Growing up in the suburbs of Boston certainly helped define who I am and the type of writer I’ve become. I grew up in Saugus, a blue-collar town that had a strong sense of community and family. I went to a Catholic all-boys high school, and through that made friends from across Massachusetts. This meant my teenage years were spent exploring large portions of New England. There is unique identity to all of these communities but each carries a similar thread of grit and pride, which is something I try to convey in my writing. In Stone Angels, it is reflected in many of the characters and their motivations. The setting of Stone Angels – mainly Providence, Rhode Island – also plays a major role. As a graduate of Providence College, many of the locations and settings in this book are places or events that I’ve been to and experienced firsthand, either while I was in college or afterwards. Because I spent many years putting this book together, I was able to pull from my own memory (bolstered by some Google searches, of course, to make sure I got things correct).

Hopefully a lot! I’m working on my next novel now, which won’t be a sequel to Stone Angels but I like to say it is set in the same universe. So some of the same characters will pop up and have an impact, more than just a cameo. I also have a series of children’s picture books that I’m in the process of pitching to agents and publishers. Other than fiction writing, I’m a journalist by trade – and I still do freelance travel journalism, one of my passions. I’ve written for local and national publications, like Northshore Magazine, the Metro West Daily News, Destinations Travel Magazine and the Arizona Republic, and I write a monthly travel column for the Wicked Local weekly papers. Right now, I’m writing a nonfiction travel book, comprised of narratives about the eclectic people I’ve met around the world. So keep an eye out!

What has been your favorite adventure during your writing career?

When I was in the fourth grade, my teacher encouraged me to write more and prompted me to enter a writing contest being run by a local company. I won that contest and received a bike as the prize. So many years later, I was at a community event at a booth selling and signing copies of my novel, Stone Angels (which was published because it, too, won a writing contest). This same fourth grade teacher had seen an ad for the event in the newspaper and drove over to see me and buy a copy of my first book. It was an unexpected and unforgettable moment that I shared with one of the people who helped kickstart my writing career.

Joining author groups is a great way to make connections and network and maybe secure some events and media opportunities. Since I went to college in Rhode Island and my book is set in Providence, I joined the Association of Rhode Island Authors (ARIA), which has been excellent. They’re very active and helpful and hold a well-attended expo every year.

Stone Angels is available online at Amazon and Barnes & Noble websites in both print and eBook version. It is also available in large retailers and independent bookstores around New England. Visit www.stoneangelsbook.com for more info.
How can we follow your work, share your awesomeness, or otherwise stalk you in a totally non-creepy way?

Check us out at www.stoneangelsbook.com or on social media: Twitter @StoneAngelsBook and Facebook.com/StoneAngelsBook. I also am on Instagram at WhereverItTakesTravel (this combines my fiction writing and my travel writing and photos).
Thank you again for the great interview, Michael, and we look forward to having you in our store on Sunday, February 12, from 3:00 – 5:00 PM to talk about Stone Angels!