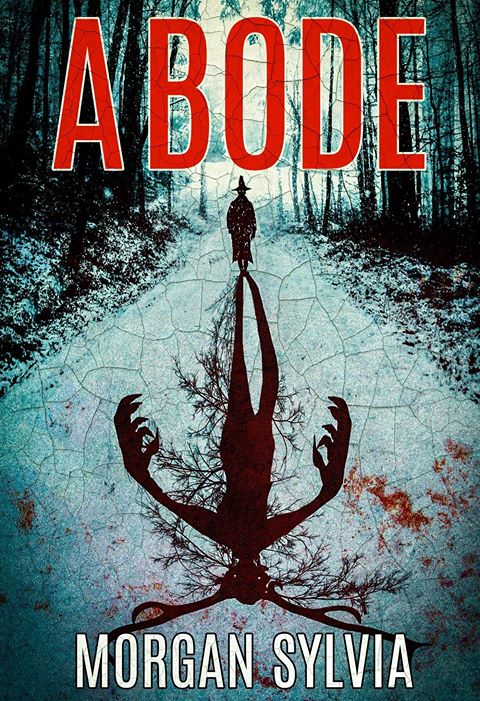 Annie’s Book Stop of Worcester is happy to shine our spotlight on author Morgan Sylvia! We’ve hosted her before during events with the New England Horror Writers and for Small Business Saturday, so we’re extra excited to help her promote her debut novel, Abode! Morgan will be at our 65 James Street address on Sunday, October 22, from 1:00 – 3:00 PM, reading, speaking, and signing her new book!

Hi, Morgan! For those unfamiliar with your work, can you please tell us briefly a little about yourself and your writing? How would you like us to introduce you?

I was born and raised in Maine. After high school, I left Maine for Florida to go to school for sound engineering. I ended up falling into the newspaper business instead, and spent 14 years at a paper, including a pretty long stint doing obituaries. In 2013, I decided to move back home and take a leap into freelancing. So here I am, four years later, writing full time.

My work ranges from poetry to fantasy to horror to steampunk to sci-fi. I’m sort of all over the place. I’m told that the fact that I write poetry shows quite a bit in my work. Everything I do tends to be rather dark, in one way or another.

What was the inspiration for Abode? What were the steps you took to bring it from initial inspiration to the finished book?

Abode came about because of a few things. I wanted to write a straight-up horror story, a haunted house tale. It morphed in the process. I like to try and challenge myself and break conventional rules however much as I can. I was sort of stuck on whatever it was I had been working on, and decided to try and write something in second person, just to experiment with that format. So one day I just sat down and sort of spat out the first chapter in one go. (The book isn’t entirely in second person, but chunks of it are.) While Abode is of course fiction, certain elements of it are directly drawn from my own nightmares and from things I experienced or imagined running around in the woods in Maine as a kid. Other bits and pieces came from local folklore. One element (which I won’t name, because spoilers) was a legend of the Abenaki, who were the First People in the area I was born and raised in. I also had nightmares about a similar beast coming through the snowy forest when I was a kid.

Time is a huge issue for me. I love music, so I try to catch as many concerts and shows as I can. This year, I haven’t been to many, but usually I go to a lot more. I also like just exploring the nooks and crannies of New England with the boyfriend, and going to yard sales and antique places. I’m getting very interested in permaculture, and will be delving heavily into that next year. I am also interested in cheesemaking, pottery, foraging, pyrography, and beekeeping. But my current job often keeps me at my desk for 12-14 hours a day. There just isn’t enough time for all I want to do.

Really, I’m a sponge. I soak up all forms of art, especially music. I love watching documentaries, particularly those about ancient societies, the paranormal, and various bits and pieces of history that fascinate me. I suspect the way my writer brain works is that it takes in information from various sources, mixes it up, and spits it out in the form of fiction or poetry. Reading is of course a big one. I also pick up books on any topic that either interests me or may someday interest me. I love research. Walking in the woods is another thing that my muse likes. I have a favorite trail, and whenever I go there, I have some sort of epiphany about my work.

Jeremiah was a freaky character to write, because of the sense of menace around him. There were times when I was writing about the main character sitting at his computer and sensing Jeremiah behind him. I got pretty creeped out writing that. It probably sounds dumb, but I actually really scared myself. But I think that’s a good thing. As a writer, I try to set the bar high for my work. In writing horror, I realized that if I couldn’t scare myself, I couldn’t expect to scare readers. So I dug into the box of things, both real and imagined, that have frightened me in the past, and put my characters through as many of them as I feasibly could. I delved into my fear, and I shaped it into words, and then pages.

Don’t waste time worrying whether you are good or not. Focus your energy on making yourself good. Learn to be your own worst critic. If you have a weak spot, work on it. Read everything you can about the craft of writing, and keep putting pen to paper. (Or fingertips to keyboard.) Try not to give editors a reason to reject you, but understand that they will. Also, don’t take rejections personally. Just make a ladder out of them, and climb it.

I think really, you just have to put the work in. Creating art isn’t a magical power: it’s one part imagination, and several parts hard work. There are a lot of nuts and bolts to it, and there are a lot of moving parts in this industry. You have to take the time to learn about them. 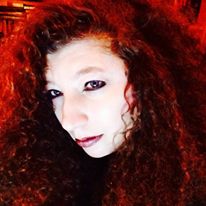 Music, usually, at least when I’m writing fiction or poetry. For client work, I prefer silence or just familiar classic rock, something that isn’t very distracting. Those who know me know I’m a pretty die-hard metalhead, but I’ve actually got very eclectic tastes. I’m all over the place. I may listen to Johnny Cash and Portishead and Benediction for different chapters of the same book. Just depends on the scene or mood that I am going for. In case anyone is wondering, the biggest chunks of Abode were written to Saturnalia Temple and Electric Wizard.

Writers very often have furry or feathered or otherwise non-human companions to “help” them through their work.  Do you? What do you have? How do they “help” (or, “not-help”) with your writing?

I have two kitties, both black and white. Orca is the fat, fluffy pampered one, and then Diamond is the sleek, athletic hunting version. They like to help by walking across my computer and occasionally sitting on it. I also have a Betta fish, Microfeesh, on my desk, and am constantly having to move one or both kitties away from her bowl. This is sometimes actually helpful, since I do a lot of writing about pets for my day job. When the cats flip my screen around, or knock the mouse off the desk and break it? Not so much.

It’s affected my writing in several different ways. It was central to Abode, which is set in Maine. (I actually started Abode when I was living in Tampa: I think part of it stemmed from homesickness for the north.) It definitely played a role in me becoming such an avid reader at an early age. In Maine, when it’s really cold and pitch dark by 3, you can’t really play outside after school in winter. I didn’t have any siblings to play with, just a few neighborhood kids that weren’t always around. Those things, and the fact that my mom was a librarian, sort of created a perfect storm for me to become a bookworm. Those long cold winters are perfect for reading and writing. I was sucking up 2-3 YA books a day in elementary school, and I started writing pretty early. I’m really glad I grew up in a time when we weren’t all constantly plugged in to electronics. I spent most of my childhood either on horseback or with my nose buried in a book or notebook.

Aside from that, there’s a wildness to the land here that is just magic to an active imagination. New England has a rich history and folklore, and there are just stories everywhere.

I’ve got quite a few irons in the fire. I have a story in Wicked Haunted, the upcoming anthology from the New England Horror Writers. That tale is called The Thin Place, and while I won’t give away details, it deals in a creepy way with the massive wildfire that hit Maine in the 1940’s. After that, I’m not sure what will be coming out next. I’ve got an ocean-themed poetry collection that I plan to finish and put out myself, and a few fantasy series that I am shopping, a horror novella that is taking shape, as well as several novels in progress. Unless I’m on a deadline, I’m a very slow writer, as I tend to move back and forth from various WIPS at will.

Abode can be found on Amazon, as well as at A Freethinker’s Corner. The easiest way to keep up with my work is probably to follow my Amazon author page, which is here.

I’m on Facebook, Pinterest, Twitter, Goodreads, and WordPress, I am also on Instagram: I haven’t used it much yet, but suspect I’ll be leaning more that way going forward. I also dabble in metal journalism, and write occasional articles for Antichrist Metalzine.

Thank you again for joining us on our Spotlight Interview, Morgan! We look forward to hosting you at our bookstore on 65 James Street on Sunday, October 22, from 1:00 – 3:00 PM!