For those of you dressing up as your favourite Gallifreyan next Tuesday for the spookiest day of the year, don’t forget that you can accessorize with one of our wide variety of sonic screwdrivers and other DOCTOR WHO items. 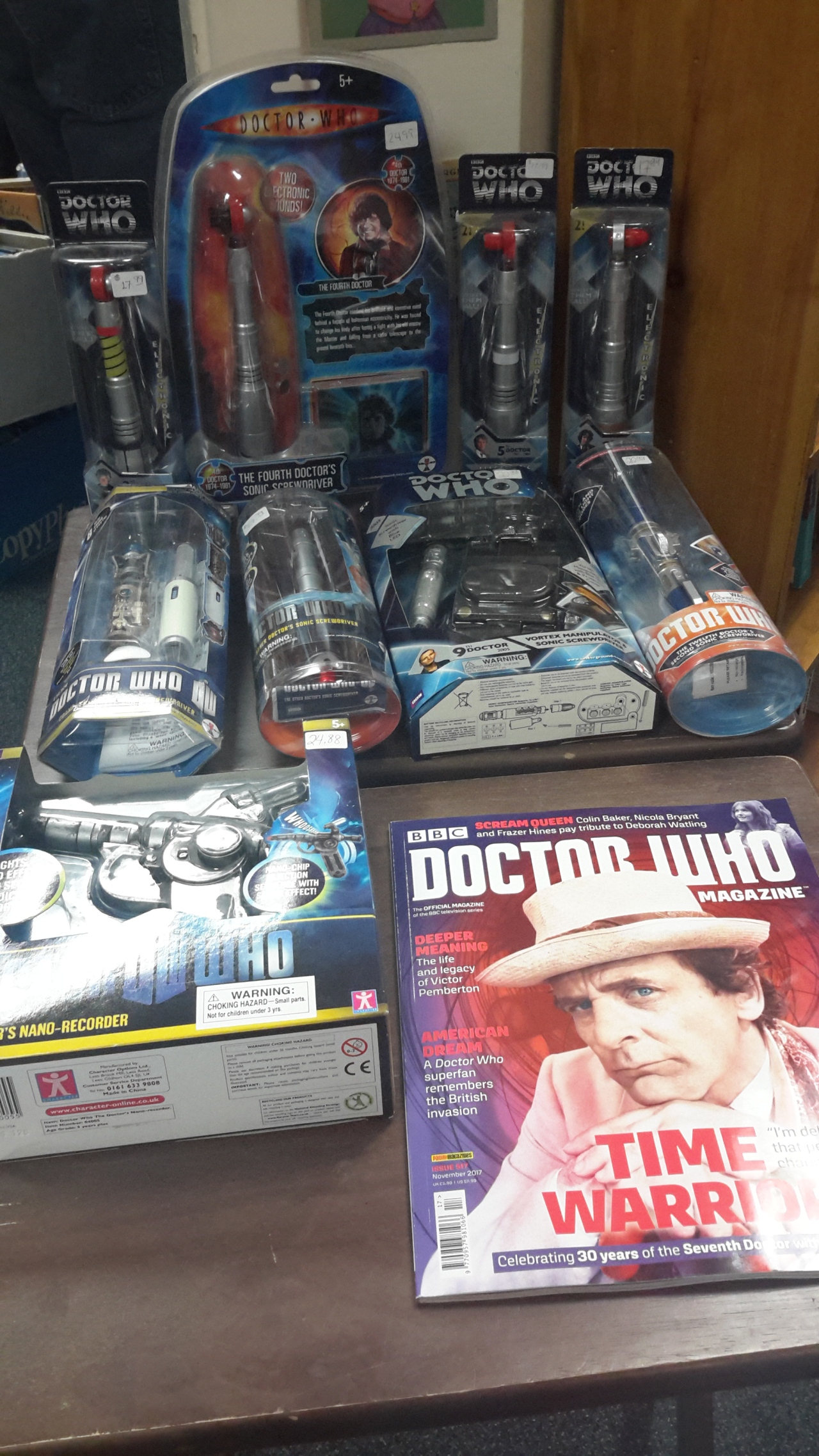 In stock today as well is DOCTOR WHO MONTHLY #517, featuring a cover story interview with Sylvester McCoy and tributes to the late Deborah Watling from many of her colleagues in British television.

Stop in to 65 James Street in Worcester for more speculative fiction goodies from all corners of time and space.