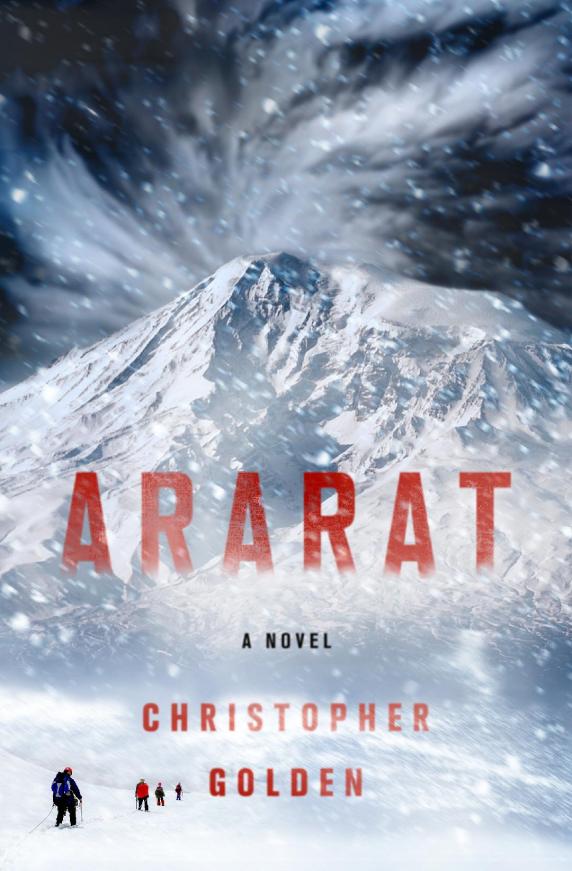 Annie’s Book Stop of Worcester is especially happy to shine the Friday Spotlight on another of our long-time friends, book store supporter, and New England horror supporter—as well as one of the founders of the New England Coffee House series helping new authors around the region, Christopher Golden. (And we have a LOT of Christopher Golden books–signed and unsigned–that make excellent holiday presents!)

Christopher Golden is the New York Times bestselling author of SNOWBLIND, ARARAT, and TIN MEN, among many other novels. As a comic book writer, he co-created the cult favorite series BALTIMORE and JOE GOLEM: OCCULT DETECTIVE with Hellboy creator Mike Mignola. He has been nominated for numerous awards, including the Eisner, the British Fantasy Award, and seven times for the Bram Stoker Award, which he won for his first book at the age of twenty-five. As an editor, his anthologies include SEIZE THE NIGHT, THE NEW DEAD, and DARK CITIES. He is the co-host of two pop culture podcasts, THREE GUYS WITH BEARDS and DEFENDERS DIALOGUE, and the founder of the annual Merrimack Valley Halloween Book Festival. A frequent speaker at conferences, schools, and libraries, he is also the founder, with James A. Moore, of River City Writers, which offers seminars and workshops to established and aspiring writers alike. Christopher Golden was born and raised in Massachusetts, where he still lives with his wife and their three children.

Thank you so much for joining us, Chris! We’re For readers unfamiliar with your work, how would you describe what you write?  What can readers expect from your work?

I’ve written over a hundred novels at this point across multiple genres—fantasy, horror, thriller, mystery, science-fiction. I’ve written mostly for adults, but also teen and middle-grade readers. I’m just a storyteller, and I love monsters and weird things not for their own sake (well, partly that) but because of the way introducing them to a story can illuminate the stories of ordinary people. My latest novel, ARARAT, is a supernatural action thriller about the discovery of a cave on Mt. Ararat, the thing inside it that might be Noah’s Ark, and the horned cadaver inside that…and what it all means to the very different people who are there to investigate…until they start dying.

DON’T GO ALONE is my third short story collection, but this one is very different. Over the course of my career, I’ve collaborated many times with authors I admire…who also happen to be some of my dearest friends. DON’T GO ALONE collects most of my short story collaborations in one place, including the novelette “A Hole in the World,” with Tim Lebbon and a brand new story featuring The Menagerie, from the book series I did with Thomas Sniegoski. Charlaine Harris and I wrote a story crossing over her Dahlia Lynley-Chivers (from the Sookie-verse) with my Peter Octavian. There’s a Ghosts of Albion story from Amber Benson and me, a Lovecraft story I wrote with James A. Moore, and three stories I did with Mike Mignola, including a Hellboy story and a Joe Golem story. And more! When I write with my friends, it’s always so much fun jumping into that sandbox, and in DON’T GO ALONE you get a bunch of great examples of why I enjoy collaboration so much. It’s out now from Haverhill House. What kind of research went into writing this book?  What is your favorite research story?

I enjoyed the hell out of the research for ARARAT, including talking to an expert guide who leads climbing tours on Mt. Ararat itself, learning about altitude sickness, talking to archaeologists (including my friend, author Dana Cameron) about what it would really look like if this story were true, and more. I also researched the pre-biblical stories of Noah and the flood to study information about the demons in the early versions of the “Noah” story. My favorite thing in general about doing this sort of research is talking to experts, who are generally amused by the questions. Often, I have to say “this is what I need to have happen in the book…I don’t need the finished product to convince you, but I need to be able to convince everyone else. How can I do that?” Those conversations are always entertaining.

I’ve got a new novel coming from Harper in March, a collaboration with my dear friend Tim Lebbon, who is just brilliant. BLOOD OF THE FOUR is a sprawling epic fantasy involving three families, dead magic, and forgotten gods. Tim and I had an amazing time on this one. It’s the eighth novel we’ve written together, and now we’re even more keen to do more.

It’s very hard. I turned 50 this year, so I’m more cognizant than ever that I need to try to make time for this stuff. I love to read, but don’t read nearly enough. I watch too much TV and too many movies, but there’s so much wonderful stuff out there. Every time I winnow down my To Be Read shelf, I go to an event like the Merrimack Valley Halloween Book Festival and come home with ten new books. I also particularly love old movies, the classic stuff. Mostly, when I’m not working, I want to spend time with my wife, and my kids if they’re around. Then, of course, there are the two podcasts I co-host, and a thousand other things I get far too involved in. 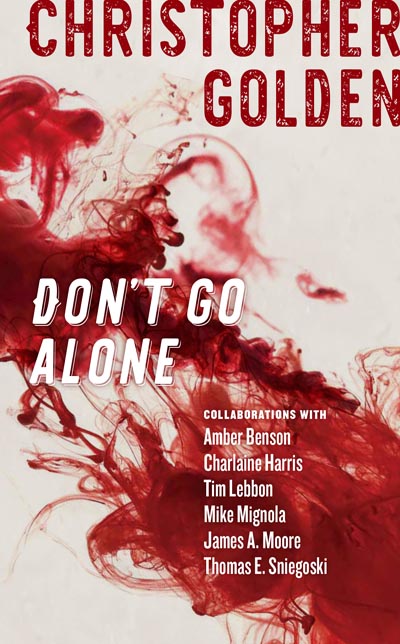 Messy as hell except for the three times a year I clean my office. There is a lot of tea happening in this space. Over my desk are framed pieces of original art from Mike Mignola, Eric Powell, and Glenn Chadbourne, as well as the original theatrical posters for Blade Runner and an Abbott and Costello film called Lost in Alaska. The office is full of art and DVDs and statues of comics characters…and books, of course. So many books.

I’m what can be called an “introverted extrovert.” I’m sure most people who meet me think I’m just an out-and-out extrovert, but strangely, I’m a very private person in spite of my outward energy. Sometimes I wish I could change that. It’s exhausting.  J

Wherever books are sold.  J

Thank you so much for joining us for our Friday Spotlight, Chris! We look forward to making many people happy this holiday season by introducing them to your books!