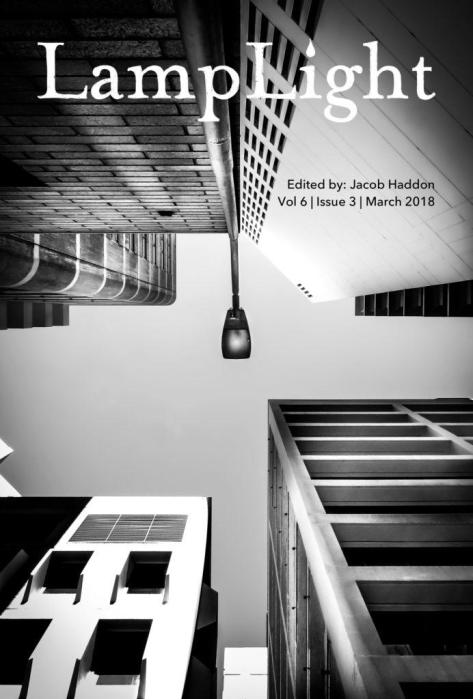 Annie’s Book Stop of Worcester is happy to shine our spotlight on Fiona Maeve Geist, one of our panelists for our Creating in the Trans Community, who will be at our 65 James Street location on Saturday, June 2, from 1:00 – 3:00 PM.

Fiona Maeve Geist is an editor and former academic. Her work has appeared in Trans Studies Quarterly and she writes articles for CLASH media. She also writes about pen and paper roleplaying games and sometimes dabbles in photography. She lives in western Massachusetts with her cat and is working on several pieces of fiction.

Thank you so much joining us, Fiona! Can you please tell us briefly a little about yourself and your writing? How would you like us to introduce you?

I am Fiona Maeve Geist; I have no idea what to say about my writing. I’m probably (I don’t track this) best known for writing nonfiction. I also edit and I sometimes write fiction.

For readers unfamiliar with your work, how would you describe what you write?  What can readers expect from “The Lord is an Active Shooter”?

I’m terrible at describing my own writing so I outsourced it:

“in the vein of post decadents like Artaud and Genet but grounded in the sense of body as place and a clear poetic that sheds concerns of easiness in favour of layered structures.”

My latest piece is viscerally uncomfortable and traceable to my obsession with how we make ourselves at home amidst atrocity. I’m also working on a piece about how playing Dungeons and Dragons shaped my teens to early twenties. So I don’t think I have like a “standard style” where I can hold up a piece and be like “this is what I do.”

I think I do “weird fiction,” which sometimes just feels like shorthand for genre work that is hard to place. I think, unlike a lot of arts, writers are not prone to having collective manifestos about their work that help you understand what they are trying to do. There’s the “New Weird,” which describes a thing that is ongoing but conscious identification with the term is not very common. I think why people do stick around the very broad thematic vein that gets labeled weird fiction is because it is often well written and unique—juxtaposed with very explicit adherence to tropes sometimes found within genre. I just wish someone would write a manifesto like for Dogme95 or Surrealism so it was easier, to identify work that is actually trying to accomplish something really particular rather than superficially doing a similar thing.

What was the biggest challenge in writing and putting out “The Lord is an Active Shooter”?  How did you overcome that challenge?

At the time of writing this, I don’t know if it has been accepted (I just hope it has). However, I think it has a number of vexing qualities. On a mechanical level: it is very long for a short story [around 7,100 words] but isn’t quite long enough to be a novella. From a practical standpoint, it is probably what people call nihilist horror and that is not a style that has a lot of outlets—especially given the way that the story deals with violence. From a personal standpoint, I worry that readers will believe that the missionary is an authorial stand in and I actually agree with him. His speech uses a lot of actual facts, but I think his interpretation is monstrous and I wanted to write a horror piece that really took the misanthropy and indifference to harm that I find most loathsome in other people as a starting point.

I listen to a lot of ambient music while writing. I particularly enjoy: Wolf Eyes (Slicer/Dread/Burned Mind), Raime (Quarter Turns over a Living Line), Susumu Yokota (Ebi/Acid Mt Fuji), Forest Swords (Dagger Paths/Engravings), Earth (The Bees Made Honey in the Lion’s Skull), Black Dice, Zero Kama, Lotus Thief and Myrkur. I think it helps me to feel a certain mood when writing and also to sort of blot out the world because I am very easy to distract.

I’ve played Dungeons and Dragons and related older style roleplaying games for something like 25 years. I think reading materials around that and playing with some frequency gave me a good sense of what does and does not work in certain situations, even if RPG writing is a different sort of skill. I sometimes do photography, and some of the images I’ve taken I’m very proud of; I don’t think of myself as a photographer. I am addicted to caffeine, and it is an integral part of my writing process.

Where can people find your work?

I have a co-written article about trans sex work in Trans Studies Quarterly. I write for Lamplight about critically neglected women who shaped genre fiction. I occasionally write for CLASH Media. I have a fiction piece submitted to Vastarian. I have some solicited pieces that are currently in the works. Finally, I edited Larissa Glasser’s novella F4 and Kaia Hodo’s short story “Dirt Don’t Hurt” in Mantid 3.
How can we follow your work, share your awesomeness, or otherwise stalk you in a totally non-creepy way?

I don’t really have a web presence to promote my work? I occasionally blog about pen and paper RPGs at http://zigguratofunknowing.blogspot.com/ but I really need to hang a shingle somewhere.

Thank you so much for the great interview, Fiona! We look forward to having you at our 65 James Street store for our panel, Creating in the Trans Community on Saturday, June 2, from 1:00 – 3:00 PM.