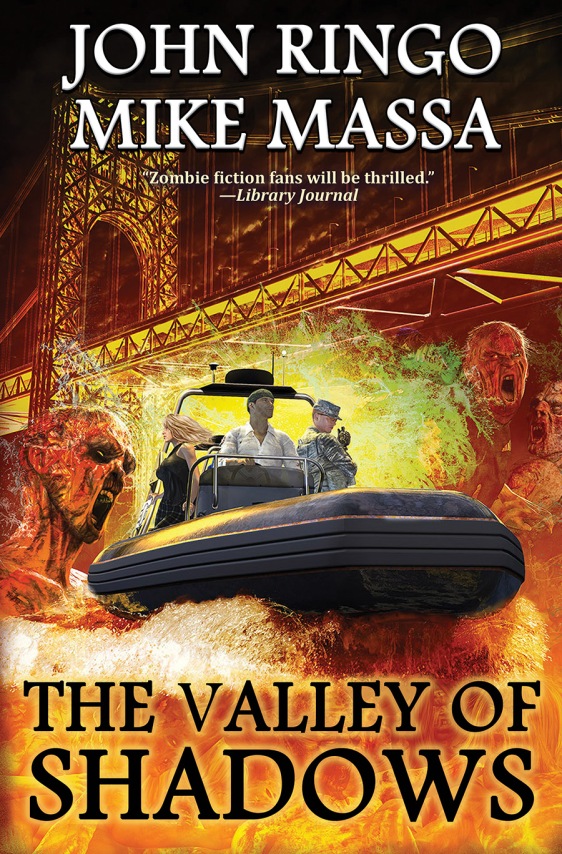 Annie’s Book Stop of Worcester is happy to shine our Friday Spotlight on Mike Massa from Baen Books. Mike is writing with John Ringo on his Black Tide Rising series. We’re wicked excited to have the latest release, The Valley of Shadows, in our store at its release THIS TUESDAY.

To celebrate and let you know you should totally come in and get a copy, let’s chat with MIke!

Thank you so much for being on our Friday Spotlight, Mike! For those who don’t know you, can you please tell us briefly a little about yourself and your writing? How would you like us to introduce you?

I’ve been hooked on science fiction and fantasy since I first cracked open my first Heinlein novel (one of his juveniles – The Star Beast). Writing seemed impossibly out of reach, so I tried easier things first, including a stint as a Navy SEAL, another bit as an international investment banker and then some more fun times as a technology entrepreneur and business owner. I’m married to a fellow bibliophile and have three adult sons and two grandsons – all of whom love to read (or be read to) as well.

I still love to read and our house is overflowing with books which span nonfiction (history and biographies) as well as science fiction and fantasy. I’ve accumulated the entire RAH canon and am always on the lookout for a rare cover.

For readers unfamiliar with your work, how would you describe what you write?  What can readers expect from The Valley of Shadows?

My writing has reflected my life’s experiences to date – no surprise there. My work covers science fiction, mil-SF, fantasy, horror, and some non-fiction articles, but something that they all have in common is a gritty realism. I try to incorporate my beliefs about our calling to be the best people that we can become – by surmounting the rough edges, splintery table tops and uneven paths of life. I never let my characters have it easy, especially the characters whom I most like. They struggle mightily, fail gallantly and earn every victory. The good guys usually win, but success isn’t guaranteed – and just who the “good guys” are is sometimes an open question, just like real life.

What was the inspiration for The Valley of Shadows? What were the steps you took to bring it from initial inspiration to the finished book?

John Ringo created a rich, fascinating world in Black Tide Rising series of novels and anthologies. The events of this series originate in New York City, but John rapidly moved his key characters seaward by the middle of the first book and keeps them there for the next three installments. However, my imagination was fired by all the things that were happening as the human engineered pandemic brought modern civilization to its knees. In The Valley of Shadows, I return to the start of the universe, and explore the impact on human relationships of a slow moving but inescapable apocalypse – we all like to think that we’re too smart to ever get caught by something as cliché as a zombie apocalypse – but what if you’re stuck? What if your family can’t or won’t move? Is there anything that you wouldn’t do, any deal that you wouldn’t strike, any otherwise unsavory connection that you wouldn’t leverage in order to beat the odds?

I take up some of the characters that John left stranded ashore and tell their story. They may be forced to ask themselves, should fortune smile on them and they survive, was it worth it – and can you really call it survival?

For each fine cat, one (or more!) fine rat! My protagonist was created by John Ringo as an apologetically competent man with a background as a former Australian SAS officer. In order to create real challenges for him, I had to create not one or two antagonists, but an entire cast whose motivations are murky, who intellects are developed, and whose resources match his own.

One in particular is a senior NYPD officer, the captain of Precinct One in downtown Manhattan. He’s not a bad man, but he is squeezed by the impact of the disease on his city, his mayor, his family and his fellow officers. When he’s struck by disaster that is so intense and devastating that it calls everything into question, can he find his better angel or will he succumb to the darkness that good men and women stave off every day? I liked this character a great deal, in fact I rather admired him. I didn’t enjoy manipulating him – I was rooting for him instead. My alpha readers liked him too – so I’m confident that I wrote him well.

Science fiction gives an author license to explore anywhere, anywhere with anyone. Your cast is limitless, and with a little creativity you can incorporate historical figures into the tapestry of your book. My upcoming series, called The Genius War, considers what would happen if the Roman beliefs about ‘spirits of the place’, or genius loci, are real. How would they feel about us and each other? What if they could hold onto certain humans and use them as courtiers, advisors and fixers? What if being in their service meant that one could cheat death? I just turned in a new short called “Three Kates” which is set in that universe during WW2 Britain at the start of the German blitz.

It turns out that genius loci don’t appreciate being bombed…

Which is a long winded way of trying to explain the genre gives one the scope to write about anything you can imagine. And who wouldn’t be interested in a pissed off spirit using borrowed souls to stick it to a Nazi spy in the middle of a bombing raid? 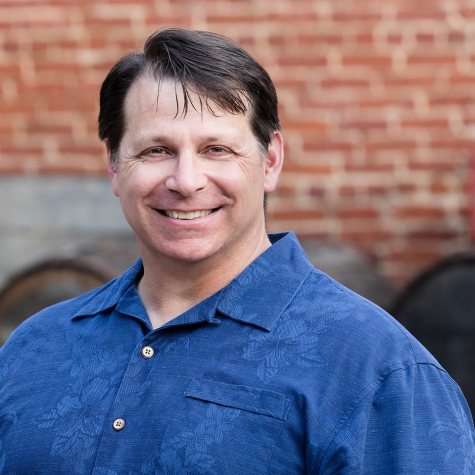 Write. Don’t talk about it, do it. Write 5-6 days a week. Write some more. If you don’t know what to write about, try the  /r/writingprompts. Finished writing? Great. Do it again. One of my favorite contemporary authors of SF&F (as well as a personal friend) is Larry Correia. His advice is to start treating writing like it’s your job, and with some application, you have a much better chance of that becoming true.

I have found that to be accurate.

Here’s a question that no one has answered: what happens to Vatican City during an apocalypse? I have a few ideas, and Baen Books will electronically publish my newest short, “See of Darkness,” in order to celebrate the launch of The Valley of Shadows. It will be available at  https://www.baen.com/news. You can try it out for free and take my writing out for a spin at no risk! If you enjoy it, there is more available and more on the way!

I’ll share a secret. When I was a starving college student in LA, I earned my Screen Extras Guild card and in order to earn enough cash that I didn’t have to rely on the free happy hour food at the local bars. I appeared in some commercials and music videos – no, I won’t say which ones! Two of them appeared on MTV though!

Absolute, crypt-like silence OR instrumental music and sound effects. Nothing with words! I’m trying various over the ear headsets – I need to find something suitable for several hours of continuous wear.

Do you have any favorite foods or drinks that must be in the vicinity (or must be avoided) while you’re writing or editing a piece of work?

I love me some coffee! If I’m writing an action scene then my current go-to is either CAF or Silencer Smooth by the Black Rifle Coffee Company. For interesting exposition and world building, I currently brew a delicious Sumatran Special Edition from SBUX which I was given as a gift, courtesy of a fan of my short stories. When I’m stuck and I need to break out the serious beans, I turn to the always delicious but-unaffordable-for-daily delectation Jamaican Blue Mountain. At the moment, I favor a single estate grind from Flamstead. My wife is from the Sandwich Islands, so guests and everyday “bidness” get a mild Kona roast from Kauai Coffee.

So far, my published credits are all with Baen Books: My stories are in two anthologies: John Ringo’s Black Tide Rising collection well as Mike Williamson’s Forged In Blood. The Valley of Shadows is my first novel, and the sequel, River of Night, is tentatively scheduled for June 2019. My stories are also featured in a few more upcoming anthologies, including one edited by Larry Correia and Kacey Ezell.

Your best shot is to friend me on the Book of Faces: https://www.facebook.com/MassaWrites/  Shoot me a DM that references ABSW and I’ll reply with a FR. I’ll be launching a website shortly, complete with the usual newsletters, snippets and schedule.

Thank you again, Mike, for the great interview! We’re really excited to have The Valley of Shadows at our store, and we’re looking forward to sharing it with our friends and customers.