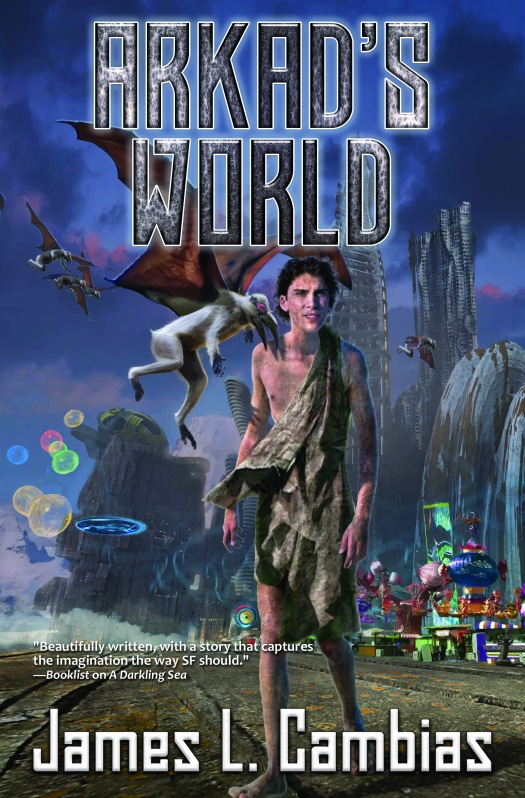 Annie’s Book Stop of Worcester is happy to shine our spotlight on James Cambias this week! James will be visiting our store to celebrate the release of his latest novel Arkad’s World on Friday, January 18, at 4:00 PM!

Thank you very much for joining us on our interview blog! For those unfamiliar with you, can you please tell us briefly a little about yourself and your writing? How would you like us to introduce you?

I’m James Cambias. I write science fiction and fantasy, and I design tabletop roleplaying games. I grew up in New Orleans, got a degree in the History of Science at the University of Chicago, and I’ve been a full-time writer since 1992. At first, I concentrated on game design, with forays into journalism. For the game geeks in the audience, I’ve written for GURPS, the HERO system, Space 1889, the original Star Wars roleplaying game, the second Star Trek game, In Nomine, Castle Falkenstein, and Savage Worlds. In 2000 I broke into fiction, selling short stories to The Magazine of Fantasy & Science Fiction and various original anthologies. My first novel, A Darkling Sea, came out from Tor Books in 2014, followed by Corsair in 2015. My newest book is Arkad’s World from Baen Books.

How would you describe what you write?  What can readers expect from Arkad’s World?

I’m all over the map. My first novel (A Darkling Sea) was a hard-SF novel of alien contact on a different world. My second (Corsair) was a near-future technothriller about realistic space piracy. Arkad’s World is an adventure story about a boy growing up on an alien world. My elevator pitch is “Kim plus Jungle Book on an alien planet.”

What was the inspiration for Arkad’s World? What were the steps you took to bring it from initial inspiration to the finished book?

I wrote Arkad’s World because I beleive that science fiction is neglecting what used to be its core audience: boys and young men. So I decided to write an updated version of a classic “planetary romance” with a young man having adventures in an exotic setting.

What was the biggest challenge in writing and putting out Arkad’s World?  How did you overcome that challenge?

I had a couple of problems, one self-inflicted, one external. My self-inflicted problem was that in my original draft I had a really clever idea which turned out to be extremely stupid. Originally I paired my young hero Arkad with a deceptive villain who was opposed to the other human characters. Sort of a “Long John Silver” character. The trouble was, that villain naturally would want to avoid contact with the others, which kind of derailed most of the plot elements I wanted to use. Finally I dropped him down the well and started over, after a couple of months of wasted work.

Sadly, that couple of months meant that I didn’t hand in the manuscript to David Hartwell, who was my editor at Tor. He died unexpectedly just a couple of weeks before I finished, and in the chaos following that, the book wound up without a publisher for more than a year. So instead of coming out from Tor in 2017, it’s a Baen book in 2019. 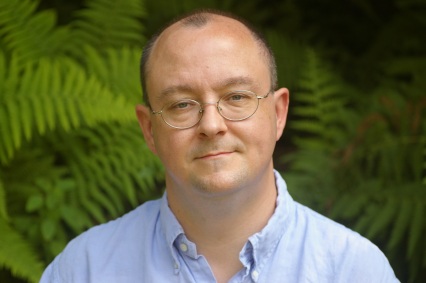 Following my pattern of not following any pattern, my next book is a modern-day fantasy, a gritty story of revenge and a secret society of wizards. “If Harry Potter was John Wick” is my one-sentence summary.

After that, however, I’m probably going to do a follow-up to one of my science fiction novels (Darkling Sea, Corsair, or Arkad). I’m working with my publisher and agent to decide which one.

I play roleplaying games, and for most of my adult life, my hobby and my work have been conjoined twins — things I create for my campaign often wind up in published material. I ran an open table Pathfinder game at my local game store for a couple of years, and I’m turning that into a self-published e-book under the Open Gaming License.

My other hobbies are cooking, which I have cleverly combined with feeding myself and my family; and travel, which often winds up being to cities hosting science fiction or game conventions.

I actually do most of my writing outside my house. At home I wind up being distracted by domestic tasks and/or goofing off. So I spend a few hours every day at one of the many local coffeeshops and bookstores in my part of western Massachusetts. I guess you could say I write best when surrounded by hipsters. When I do work at home, I often sit out on my screened porch, surrounded by trees and birds.

I’ve republished some of my short fiction as e-books on Amazon, and my novels are in print, but otherwise used book and game stores are where to look.

My blog is a great place to keep tabs on me: http://www.jamescambias.com. I’m also on Facebook.

Thank you so much for the great interview, James! We’re looking forward to hosting you on Friday, January 18, at 4:00 PM to share Arkad’s World with our friends and patrons!