[Welcome to a new weekly feature on our blog… Graphic Novel Saturdays!  Here’s where we’ll spotlight new titles and old friends in the sequential art world.]

The calendar may say that there’s still nearly eight more full weeks of summer, and the mercury in the outdoor thermometer might seem ridiculously high. But the days are growing shorter, the nights longer and cooler, and there is a scent of changing seasons in the air.

Which brings us to the series of trade paperback collections and original graphic novels from KaBOOM!, an imprint of BOOM Studios, featuring all new tales set in the world of OVER THE GARDEN WALL.  The television minseries debuted on Cartoon Network in 2014 and has an animation style very reminiscent of early 20th century cartoons. 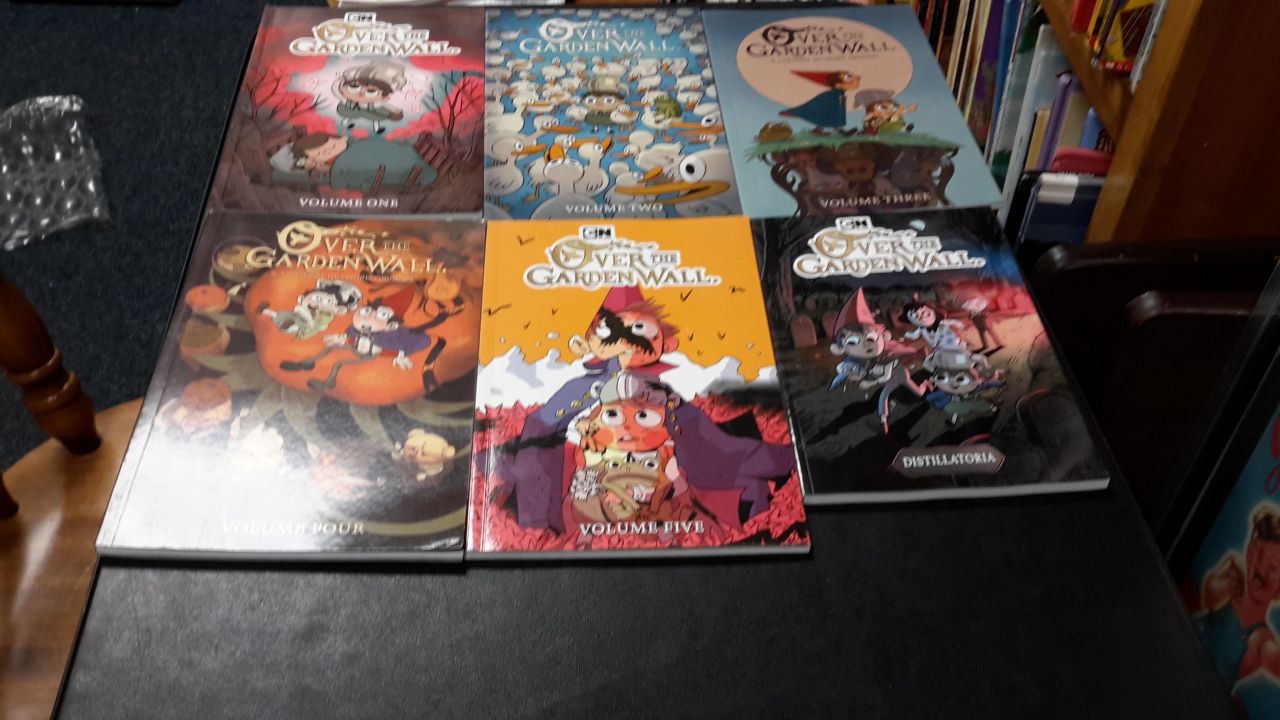 There are seven volumes of ongoing OTGW adventures currently available here at Annie’s Book Stop of Worcester, and they are very consistent with the show’s dreamlike visuals and narrative. Unfortunately, the first volume, “Tome Of The Unknown”, an adaptation of the pilot and the miniseries itself, is out of print.  A new title, called “Circus Friends”, is due for release in October 2019.

Give yourself some autumn feels with the OVER THE GARDEN WALL graphic novels… you’ll find an equal measure of chills and heartwarming moments in their pages.  Suitable for middle grade and teen readers.

One thought on “Graphic Novels Saturday: Usher In Autumn With OVER THE GARDEN WALL”