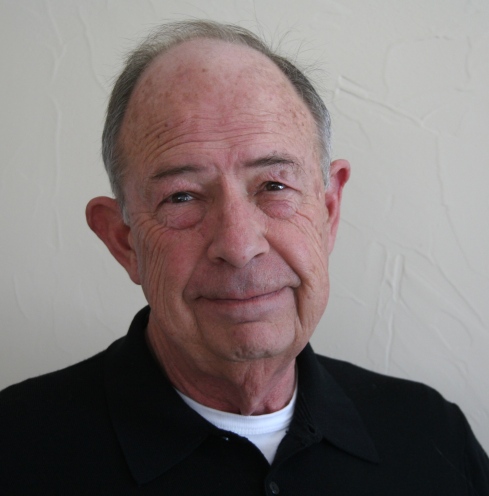 Annie’s Book Stop of Worcester is happy to shine our Friday spotlight on Thriller writer Stephen Coonts. I asked Stephen to tell me a little about himself and his writing, and his answer is below:

I grew up in West Virginia, joined the Naval Reserve at the age of 19 under a guaranteed flight training program which required me to finish college and successfully complete Aviation Officer Candidate School, both of which I did.  As promised, the Navy sent me to flight school.  I flew A-6 Intruders from the deck of USS Enterprise during her last two Vietnam cruises, was a flight instructor for a couple of years, then assistant cat and arresting gear officer aboard USS NImitz.  Left active duty in in 1977, went to law school at the University of Colorado.  Was practicing law in the legal department of an oil company when I wrote my first novel, Flight Of The Intruder, which was published by the US Naval Institute in 1986 and spent 28 weeks on the NYT best-seller list.  That led me to stop practicing law and take up writing as a career.

Bookstores nationwide and on-line, of course, in all formats.

Well, you can read all about my literary crimes at http://www.coonts.com.  Also have a Facebook page, Stephen Coonts–The Author.

For readers unfamiliar with your work, how would you describe what you write?  What can readers expect from The Russia Account?

I have made a career or writing thrillers.  Nineteen of them star Jake Grafton.  There are six more novels without Jake, including three semi-sci-fi: Saucer, Saucer: The Conquest, and Saucer, Savage Planet.  One book under a penname, The Garden Of Eden by Eve Adams, Five anthologies, nine co-authored thrillers, and two works of non-fiction, The Cannibal Queen, and a history, Dragon’s Jaw, which was published May 2019.  Dragon’s Jaw was written with aviation historian Barrett Tillman.   The latest novel, a Jake Grafton thriller, The Russia Account, was published August 13, 2019. 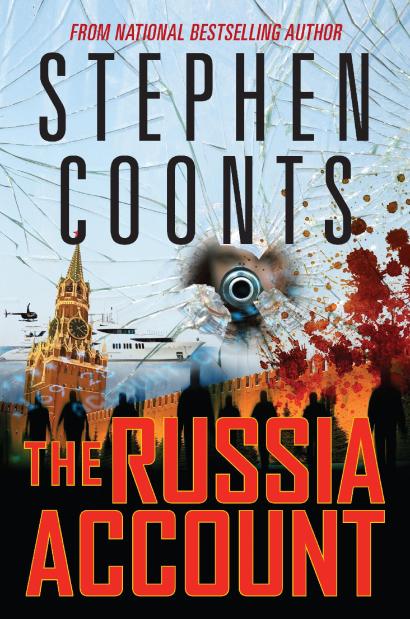 Research was how money moves from bank to bank internationally.

What was the inspiration for The Russia Account? What were the steps you took to bring it from initial inspiration to the finished book?

The idea for The Russia Account came from an actual event.  A small branch of the multinational Danske Bank in Tallin Estonia had $240 Billion ran through it in four years.  This came to light about four years ago and the branch was closed.  Seems Russian depositors transferred money to their accounts, then sent it on to shell corporations worldwide.  Authorities are still trying to figure out where the money came from and where it went.  I used that fact pattern for the novel, and I supplied the answers.

I think thrillers are fantasies for men, in the same way romances are fantasies for women.  Readers can go along for the ride as the hero or heroes to save the world as we know it from the forces of evil.  Actually, a better name for the genre might be action/adventure.  And I don’t want to suggest that they are just for men; we believe about twenty percent of my readers are women who like the genre too.

What is your favorite part of being a writer?  Of the whole writing and publishing process?  What do you think has been your greatest lesson in the journey thus far?

Watching the evolution of the publishing industry since my first novel was accepted in 1985 has been eye-opening.  The author tour went the way of the do-do bird, publishers are struggling to survive, and the formats in which stories are delivered have gone high tech.  Amazing.  That said, paper is still the cheapest, longest-lasting, lowest tech way to deliver a story, and it will never become obsolete, unlike your ebook reader.  Remember books on tape?  They came and went.  If you have shelves full of those tapes you are out of luck.  If you have a printed book, you or your grandkids can read it forty years from now. 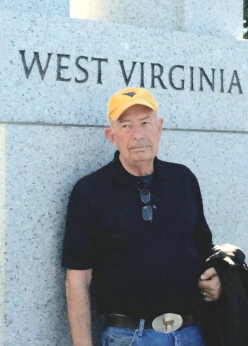 Never forget that writing is a for-profit business.  As Bill Butterworth (W.E. B. Griffin) once remarked, “writing is the process whereby we turn ink and paper into money.”

Thanks so much for taking time out of your busy schedule to be with us, Stephen!!