Annie’s Book Stop of Worcester is happy to shine our Friday Spotlight on Horror author P.D. Cacek. (In case anyone is curious, P.D. tells me that her initials stand for Prematurely Decomposed!)

I asked her to please tell us briefly a little about herself and her writing. This is her story:

I knew I wanted to be a writer from the age of four. I was always scribbling “stories” in my Big Chief notebook and “read” them back (even though I couldn’t read yet). And decided, at age five, that the kinds of stories I wanted to write were scary stories…after accidently walking in on the movie FRANKENSTEIN just as Boris Karloff (aka Monster) turned around. That was six+ decades ago and I still like to unnerve my readers. What fun is life without a good scare (or at least a little shudder) now and then?

Well, naturally at Annie’s first…but also on Amazon.com as well as Flame Tree Publishing for my newest book, SECOND LIVES, and it’s follow up (SECOND CHANCES, coming out in August).

Ah, there you have me. I unashamedly admit that I am a bit of a Luddite (Google it, folks) and tend to kick and scream and claw at the flooring every time someone tries to drag me into the 21st Century. I don’t have a website (as yet), but do have a general Facebook page (P.D. Cacek) and Facebook Author’s Page (Prematurely Decomposed). And I do, on occasion, Twitter. Luddites…right?

For readers unfamiliar with your work, how would you describe what you write?  What can readers expect from Second Lives?

What was the biggest challenge in writing and putting out Second Lives?  How did you overcome that challenge?

Writers very often have furry or feathered or otherwise non-human companions to “help” them through their work.  Do you? What do you have? How do they “help” (or, “not-help”) with your writing?

Do you have any favorite foods or drinks that must be in the vicinity (or must be avoided) while you’re writing or editing a piece of work?

Thanks so much for taking the time out of your busy schedule to answer our questions, Prematurely Decomposed! 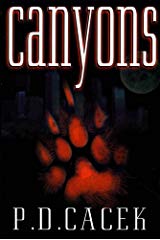 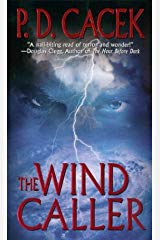