Answer: They are the protagonists of this week’s new releases for readers of picture books, middle grade titles, and young adult literature, each with a very different focus, and each one with a tale to tell. 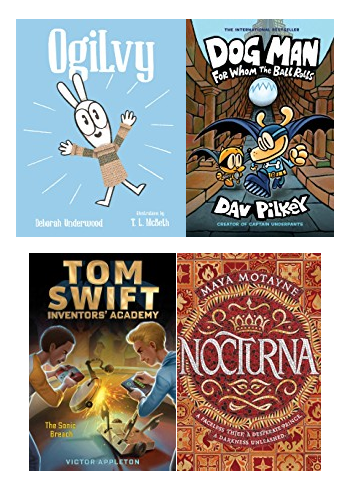 If you are between the ages of 0 and 17, you are sure to find something to please you in our two full rooms of picture books, early readers, middle grade titles, advanced readers, and young adult books.  New books and fresh releases come in at least once a week… we look forward to having you explore our titles!

Thank you, as always, for making our shelves your destination.