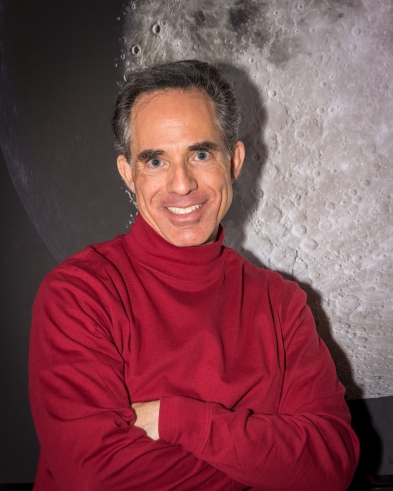 Annie’s Book Stop of Worcester is happy to shine our Friday Spotlight on Author David Warmflash. Dr. David Warmflash is an astrobiologist, space medicine researcher, author, and also science advisor to the “Let’s Rover the Moon” initiative, an Israeli organization founded recently by the manager of the SpaceIL organization that nearly landed a probe on the Moon this past April. He was in the first cohort of NASA astrobiology postdoctoral trainees, served as a member of NASA’s Jupiter Icy Moons Orbiter Science Definition Team, and has collaborated with The Planetary Society on three experiments that have flown a variety of small organisms in space, including radiation resistant bacteria, salt-loving archaea, and tardigrades (water bears).

We will be hosting an Audio Visual Presentation/ Q&A session with Dr. Warmflash on Saturday, February 1st at 1:00 PM at Annie’s Book Stop of Worcester.

I asked David where could people find his work? (Besides Annie’s Book Stop of Worcester –though they should totally check here first!), and this was his response:

For readers unfamiliar with your work, how would you describe what you write?  What can readers expect from your work?

For the general public, I write about a range of science topics, including a lot about space life sciences and space biomedicine. For this event, we are highlighting the book Moon: An Illustrated History: From Ancient Myths to the Colonies of Tomorrow

Some cool facts that I learned and included in Moon: An illustrated History In the early 1960s, the US was so eager to get a man to the surface of the Moon that it considered sending somebody on a one-way trip and resupplying him for years until it had a rocket that would bring him home. 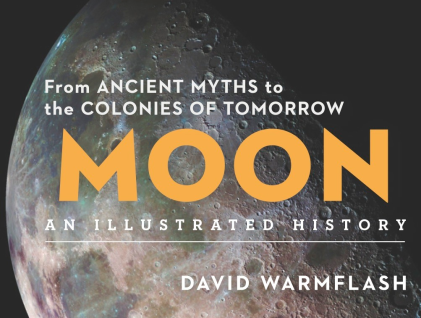 In the ancient period, I particularly loved highlighting Aristarchus of Samos, whose study of the Moon led him to propose his heliocentric model in which Earth orbited the Sun, rather than the other way around. In the modern period, loved learning (and writing, based on what I learned) about the decades leading up to, and the early years of, the Space Age, including the material on Sergei Korolyov, the brain behind the Soviet space program.

New England is included in my story about the Moon, which is organized as 100 milestones in the history of the Moon, particularly its interaction with humanity. The milestones set in ancient times move all around the globe, from Babylonia to ancient China, ancient Greece, and so many other places. America comes into the picture in the lunar story roughly when the United States becomes a world power around the turn of the 20th century. One of a handful of key figures here is the physicist Dr. Robert Goddard who studied at the Worcester Polytechnic Institute and then was on faculty at Clark University. In 1926, he launched the first liquid fueled rocket in Auburn, MA. He was one of a handful of liquid fuel rocket pioneers, others being located in France, Austria-Hungary/Germany, and the USSR. He was the first to get one of these rockets into the sky. He didn’t get the attention from the US government that he deserved and was ridiculed by the press, including the New York Times. Later, the emergence of the Space Race, and ultimately the success of the United States are linked to President Kennedy. He was not a space enthusiast. The real impulse for JFK’s Moon program came from vice president Lyndon Johnson (LBJ) and from NASA administrator James Webb. JFK had been resisting their space proposals, but after Alan Shepard’s 15-minute suborbital flight in May 1961 (which had been a few weeks after Yuri Gagarin had become the first human in space), JFK opted for the Moon program based on geopolitical concerns. Then, at least a couple of times over the next two and a half years, right up to the assassination, JFK attempted to make the Moon program into an international program in which astronauts and cosmonauts were go to the Moon together. When JFK was alive, there were plans to have the manned spaceflight center located in Cambridge at Kendall square, weaved in with MIT. This was because of JFK’s influence also because MIT was becoming a major location for astronautics research. It was at MIT where Buzz Adrin earned his doctorate in celestial navigation that would get him the nickname “Dr. Rendezvous” after he entered the astronaut corp. MIT would continue to be a research center helping NASA, even though the shift of the leadership from JFK to LBJ meant that the manned spaceflight center ended up in Houston at what is now called the Johnson Space Center. I also happened to be from New England – born and raised in Stamford, CT, graduated from the University of Massachusetts at Amherst, and did post-doctoral training at NASA’s Ashton Graybiel Spatial Orientation Laboratory at Brandeis University.