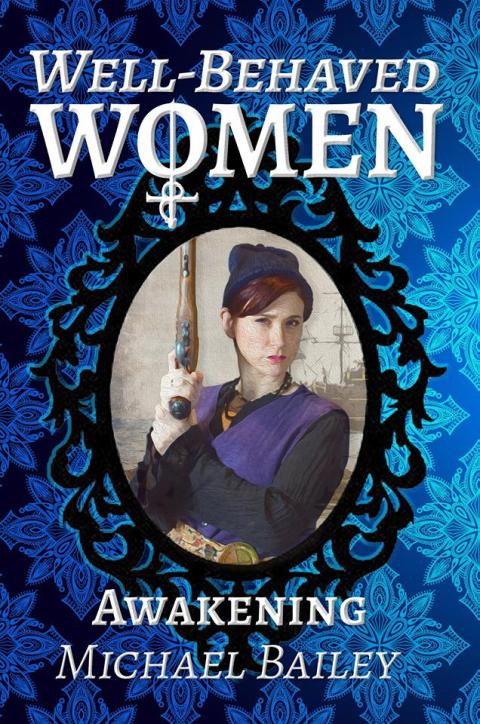 Annie’s Book Stop of Worcester is happy to shine their Friday Spotlight on our long-time friend and supporter—as well as a great author—Michael Bailey! Michael has done several events with us, including several of our NaNoWriMo write-ins over the years. We’re especially happy to have his latest title with us, the first in an urban-fantasy trilogy, Well-Behaved Women: Awakening.

Michael Bailey is a former reporter, editor, and blogger for his hometown newspaper, the Falmouth Enterprise; a former scriptwriter for Pastimes Entertainment and the Connecticut Renaissance Faire; a freelance writer; and the author of the Action Figures and The Adventures of Strongarm & Lightfoot series, as well as the new urban fantasy trilogy Well-Behaved Women.

Thank you so much for joining us this Friday, Michael! For readers unfamiliar with your work, how would you describe what you write?  What can readers expect from Well-Behaved Women?

I normally write what I’ve come to call “snark fiction.” I like to play with the tropes of the genres in which I write, partly to mess with readers’ expectations but also to have some fun with the material. My work is generally lighter and more humorous, but with Well-Behaved Women, the story is a lot darker and more serious than is usual for me.

My two major sources of information and inspiration were Rejected Princesses and its sequel Tough Mothers by Jason Porath. Both books spotlight well-known and a lot of lesser-known women throughout history who disrupted the status quo of their times and societies, and I relied on the books to help me find characters for Well-Behaved Women. The trilogy was inspired by the first “rejected princess” I found on Porath’s website (rejectedprincesses.com), Julie d’Aubigny, a 17th Century opera star, duelist, open bisexual, and all-around hellraiser.

The quintessential Julie d’Aubigny story goes like this: Julie got romantically involved with a young woman, much to the horror of the woman’s parents, who sent her away to a convent to straighten out (literally and figuratively). Julie infiltrated the convent disguised as a nun to carry on the affair. When another nun died, Julie dug up her body, put her in her lover’s bed, and set the convent on fire to fake her lover’s death. They ran off, continued the affair for a while, and then Julie one day got bored of her, dropped the woman off with her parents, and took off for her next adventure.

What was the biggest challenge in writing and putting out Well-Behaved Women?  How did you overcome that challenge?

Book two was a bear, beginning to end. I knew where it started and where it ended, but getting all the characters from point A to point B was tough. My early drafts had major plot holes I didn’t know how to fix until just recently. I had to walk away from the book for a while and work on something else to clear my head, which is usually how I deal with writer’s block. 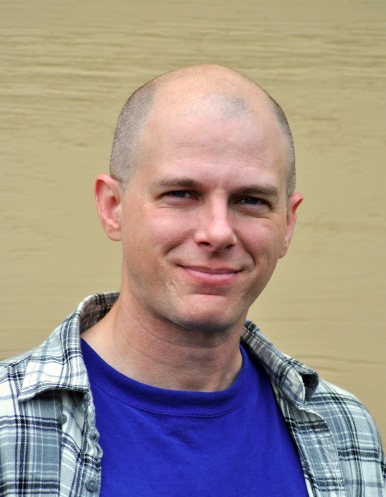 Julie d’Aubigny, hands down. She’s the Han Solo of the trilogy’s heroines, and it’s a blast to write someone who causes as many problems as she solves. In book one, I also loved writing the villain, Erkan Waldemar. He turned out to be a very personable and sympathetic big bad, even though his methodology is absolutely horrific. One of my test-readers kept referring to Waldemar as the story’s “anti-hero protagonist.”

My big thing outside of writing is stage combat. I’m the fight director for the Connecticut Renaissance Faire, so twice a year, for the company’s spring and fall shows, I get to teach cast members how to pretend to beat the crap out of each other—and usually me. I’m often cast as a bad guy so my job is to make the heroes look great.

Writing is usually my top priority, but I’m not one of those writers who writes every single day. I need to give my brain a break sometimes, so I put the writing aside and read, watch movies, or play games with my friends to mentally cool down.

Readers can find me on Amazon, Barnes & Noble, Kobo, and they can buy directly through my website (innsmouthlook.com).

Thank you very much for the great interview, Michael!  We’re looking forward to introducing Well-Behaved Women to our shoppers who want an empowering read for themselves or to give as a gift.