Happy Holiday Shopping Guide! Annie’s Book Stop of Worcester, the “bigger on the inside” bookstore at 65 James Street, is happy to present our 2018 recommendations of gifts for the winter holidays.

Someone has been killed. There are many suspects. The people who are investigating the murder have been finding the search for the killer(s) highly dangerous. Sound familiar? That is the basic premise for many mysteries we have in our collection. Each author, however, puts their own slant on their stories, and makes them totally different. And totally enjoyable. How many times have you determined who the killer was, only to find out at the last minute someone you never suspected did the dirty deed?

To highlight a few of the Mystery authors/books we have in the store that you might want to hook someone on (or read yourselves!), let’s start with someone very well known: Agatha Christie.

She was born in 1890, and is considered the “Queen of Mystery” and “England’s First Lady of Mystery”. She had written over 80 entertaining novels, many starring her very famous detective, Hercule Poirot. She had also written many novels and short stories with another favorite, Miss Marple as the starring sleuth. A small sample of some of her titles we have on hand are, The ABC Murders, A Pocket Full of Rye, Death on the Nile, Evil under the Sun, Peril at End House, and Why Didn’t They Ask Evans? 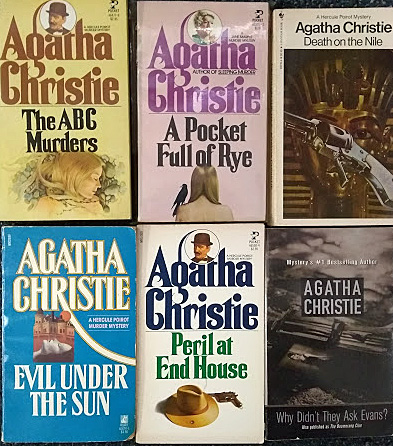 Another popular mystery author is Janet Evanovich. In case you haven’t heard of her, once you pick up one of her books, you will find it hard to forget her. She is the author of the Stephanie Plum novels, mysteries about a female Bounty Hunter. That’s right. Bounty Hunter. From New Jersey. And the reviews all say that “They are some of the funniest, entertaining, most enjoyable books to come around in a long time.” They mostly have titles with numbers, like One for the Money, Two for the Dough, To the Nines, Lean Mean Thirteen, even Turbo Twenty-Three. She has some non-numbered Stephanie Plum books as well.

Her latest book in the Stephanie Plum number series just came out in hardcover. It is called, Look Alive Twenty-Five. If someone you know is already a Janet Evanovich reader, this may be the book to get them. 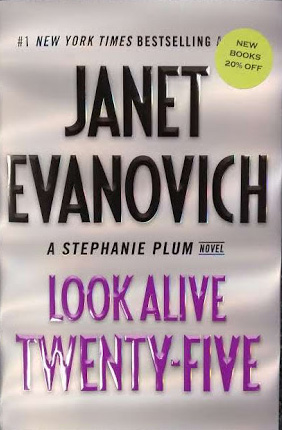 The books of Tony Hillerman are far from humorous. They are generally based in the New Mexico area, on a Navajo Indian Reservation, and deal with the lives of Navajo Tribal Policemen Lt. Joe Leaphorn and Officer Jim Chee. Navajo culture permeates his books, and the stories are packed full of murder, myths and many puzzles to solve. There is a book dealing with the theft of a diamond, which brings strangers to Navajo lands, strangers willing to murder to keep lost secrets hidden, as in Skeleton Man. In Hunting Badger, Three armed men raid the Ute tribe’s gambling casino, and disappear. The FBI takes over, but Officer Chee sees a fatal flaw in the FBI’s theory. Chee and Leaphorn then find themselves caught up in a dangerous crime hunt. Titles we have from Tony Hillerman are: A Thief of Time, Coyote Waits, People of Darkness, and Talking God among others.

You may not have heard of Jonathan Gash, but you may have heard of Lovejoy, the “unscrupulous conniver, feckless lecher, and more important, gifted visionary who loves beautiful antiques more than life itself” that Gash writes about. Lovejoy has been the main character in a PBS Mystery! series, as well as a series of wonderful novels the show was created from.

The novels take Lovejoy to – then make him persona non grata in – places like Venice, where he is hired to “rescue” every art treasure before the city sinks into the sea in The Gondola Scam; California, where his only friends are a destitute hooker and an streetwise 8 year old in The Great California Game; Hong Kong, where he settles in after being on the run from the law in England in Jade Woman; and of course, his home territory England, where he owns an antique dealership, and where many of his exploits take place. At every turn, he runs into murderers, forgers, clans, and beautiful women. Fun life, huh? 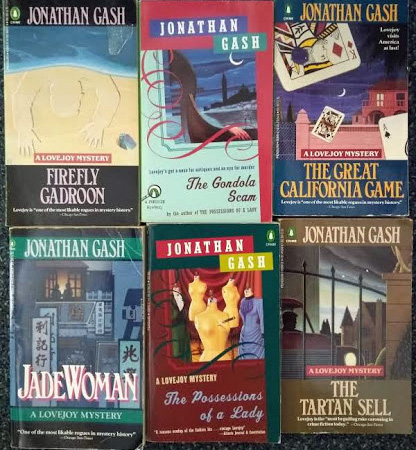 Our mystery section is filled with exciting stories for you, from other authors such as Sue Grafton, Robert B. Parker, Anne Perry and many, many more. For the Mystery lover on your holiday list, these may be perfect!

From all of us at Annie’s Book Stop of Worcester, have a great holiday season, and thank you for making our shelves your destination.