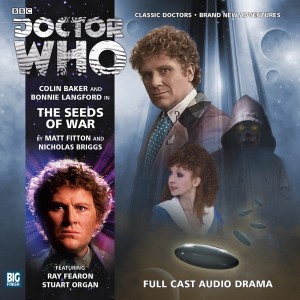 Humanity is emerging from a long, exhausting war. Against an enemy so powerful, so implacable, it seemed unstoppable – right up until the moment it stopped.

Now, despite its ‘victory’, the human race is on its knees. The Doctor and Mel join its struggle for survival to try to ensure it has a future.

A race against time takes them from the Great Tower of Kalsos to the Reliquaries of Earth. In an epic journey across the ten systems, their fates are intertwined with one family. The Tevelers are to feel the effects of war more than most…

The Doctor has a plan. Mel is sure he can save the day. But something is lurking. Watching. Waiting. A presence the Doctor knows of old. But just how far does its influence pervade?

Come on down to Annie’s Book Stop Worcester during normal business hours and pick up a copy today!!